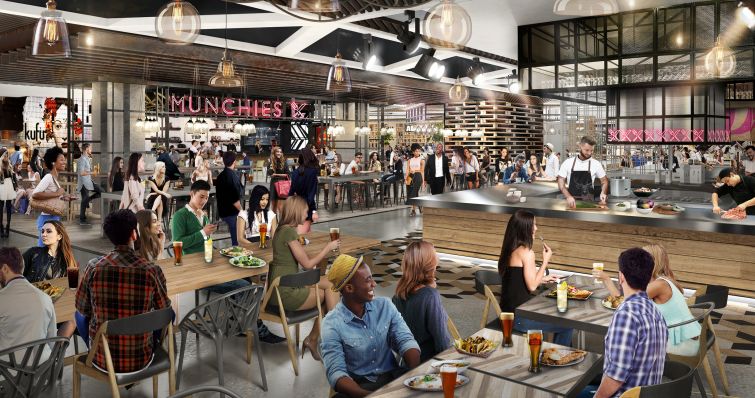 Bloomberg reported last week that the mall was on track to open its indoor DreamWorks Water Park as well as a smattering of its restaurant and retail offerings, despite the fact that offices and retailers nationwide were closing in response to the outbreak of COVID-19, the novel coronavirus.

However, on Friday, March 13, representatives of Triple Five, the project’s developer, sent out a release announcing the postponement.

“While there have been no reported cases of COVID-19 at American Dream, after carefully reviewing the guidelines of public health agencies and in the best interest of our guests and employees, we have made the difficult, but responsible, decision to close American Dream, beginning Monday, March 16, 2020, to help mitigate the spread of COVID-19,” said a statement sent to Commercial Observer on behalf of Triple Five’s co-CEOs Don and Mark Ghermezian. “We anticipate remaining closed through the end of March, but will continue to monitor the ongoing situation and follow the guidance of Federal and State officials and public health agencies.”

The mall’s Nickelodeon Universe theme park had opened in October; Triple Five’s statement said that advance tickets purchased for that as well as the DreamWorks park would be automatically extended through the end of the year.

The delay is the latest in numerous holdups for the 3.1 million-square-foot mall since construction got underway under its previous guise as Xanadu some 17 years ago.