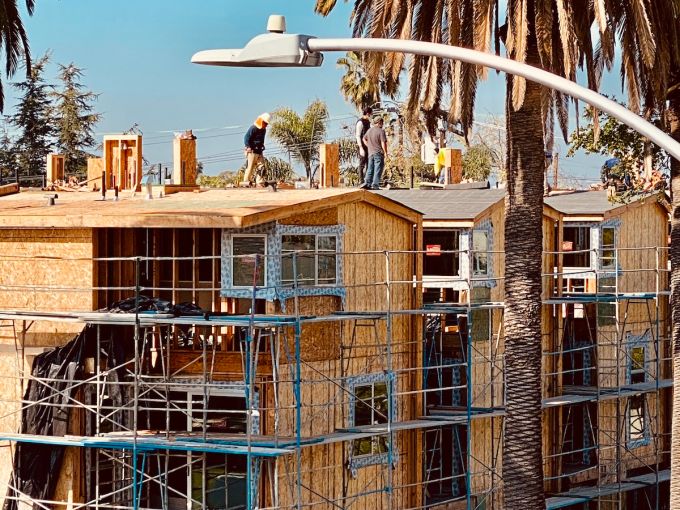 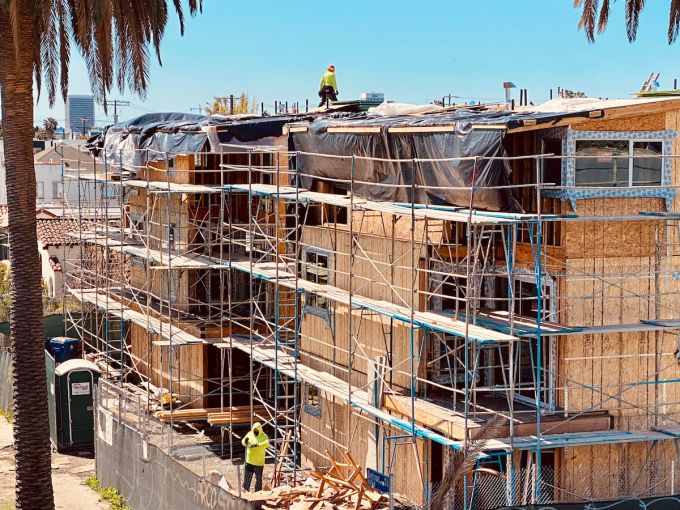 While the rest of the state is shut down, construction crews in Southern California are up and running.

The Los Angeles County Museum of Art started demolition for its renovation this week, while work continues at SoFi Stadium in Inglewood and other commercial and residential projects throughout the region. Almost all construction is allowed to continue and has been deemed essential by the state.

L.A. does not appear to be headed in the same direction as New York, which halted non-emergency construction due to coronavirus, nor the Bay Area, where health officials stopped nonessential construction through May 3. That stoppage includes hotels, commercial buildings, and residential buildings that don’t have at least 10 percent affordable units, according to the San Francisco Chronicle.

The exemption on construction allows California to continue to address its years-long housing crisis that started long before the outbreak.

“We’re already in a major housing shortage and we don’t want to dig a deeper hole into that,” said Tim Piasky, CEO of Building Industry Association of Southern California.

A worker at the SoFi Stadium development — where the L.A. Rams and Chargers will play — contracted coronavirus last week, according to media reports. Piasky said “it sent shockwaves” through the construction industry, causing sites to make much stronger efforts to comply with safety protocols.

“Where there may have been sites that were slow to get up to speed on complying, I think they probably, overnight, made sure that they were complying with these protocols,” he told Commercial Observer.

L.A.’s Department of Building and Safety’s guidelines call for employers to develop comprehensive exposure control plans, and other measures such as social distancing; symptom checking; decontamination procedures, and training. Protocols for all construction sites include social distancing by maintaining a minimum six feet from others, and reducing gatherings of any size.

Piasky, and Russell Johnson, president and CEO of Associated Builders and Contractors – Southern California, said construction is sustainable and should continue under such protocols. They also both said they haven’t heard of any sites shutting down in Southern California due to the coronavirus.

“The governor deemed construction as an essential industry in his declaration. As such, our members are still performing work within the city of Los Angeles,” Johnson said, in an email to CO. “While the process may have changed to promote social distancing, our members further report that they are able to get permits and schedule inspections.”

“When you look at it, there’s a lot of jobs — not just construction jobs, but also all of the stadium jobs because if the stadium is not done, that’s a lot of people impacted negatively,” he said.

Jim Fraser, with Built Technologies —  a construction loan processing and accounting platform — discussed some of the economic drivers motivating builders to keep going, and how detrimental it can be to delay or stall a project.

He also said delays could arise from lack of material supplies and the effects on the supply chain from offshore sources.

“Granite countertops from Italy will take longer now,” he said. “Those kinds of things will erode the financial pro formas that the loan was originated under, and that will turn around and become a point of renegotiation or restructuring.”

The fear of shutting down construction has been apparent in L.A. At a city council meeting on Tuesday, Councilman Paul Koretz proposed reducing the time allowed for construction in the city by at least 11 hours per week because he received dozens of calls from people annoyed by ongoing construction of luxury housing. But Koretz’s colleagues were quick to hold off on deciding to cut hours in an emergency.

Councilman John Lee said they needed to make sure that limiting hours didn’t affect their contracts.

“There’s a whole bunch of different things that companies would have to do,” he said. “We don’t want to hurt the economy any more than it is right now.”

Councilman Mitch O’Farrell pointed to a 100-percent permanent supportive housing project in his district that is wrapping up construction, that will include space for 187 people experiencing homelessness in a couple of months.

“This will impact that construction site greatly,” he said. “They’ll lose 10 hours a week and then two hours every weekend. … It would certainly delay that project.”

Councilman Bob Blumenfield said he was concerned about a lot of the construction sites not practicing social distancing and doing things that are not essential. He told CO they heard complaints of too many workers being grouped together without proper protection. He said their first concern should be peoples’ health and safety. But they shouldn’t be throttling the construction industry, he said, and if safety protocols are followed, he supports the continuation of all construction.

In an email with CO, Barry Epstein, partner at Allen Matkins, said the crisis could even prevent developers from beginning work required to vest already-issued land-use permits and other entitlements.

“The consequences of delays and expirations could be dire,” he said. “Restarting a stalled project can be costly for developers. Furthermore, if entitlements expire, the time, money, and uncertainty involved in processing a new set of entitlements for a project could threaten its viability, causing investors and lenders to flee.”

Construction industry employment declined nationwide by 29,000 in March, according to the Associated Builders and Contractors.

“So ends the lengthiest expansion in American economic history,” said ABC chief economist Anirban Basu, in a statement last week. “The expansion was associated with dramatic asset price increases, multi-decade lows in unemployment, persistently low costs of capital and a thriving U.S. nonresidential construction sector. While the March jobs report is horrific, ending a 113-month streak of employment gains, it is clear that employment reports in future months are likely to be even worse.”