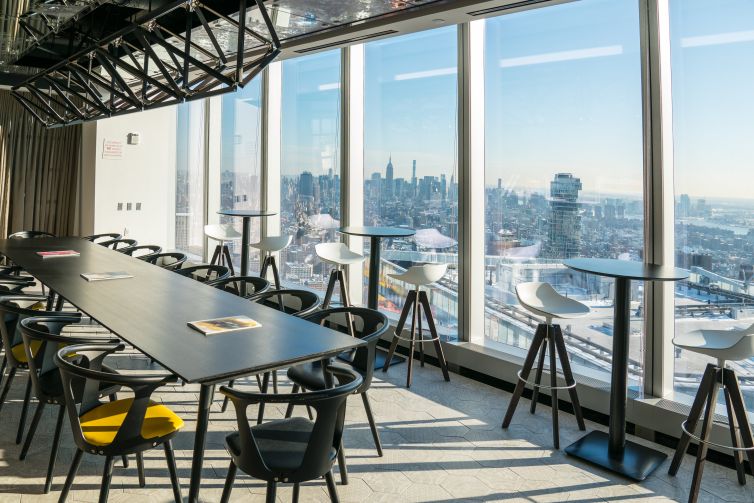 Flex meeting, event and office operator Convene has laid off close to a fifth of its staff in the continuing fallout from the coronavirus pandemic.

The layoffs will affect nearly 150 employees while additional workers will be furloughed, a spokesperson for Convene confirmed. The number of furloughed workers has yet to be finalized. The company employs a total of about 832 workers, per a spokesperson.

The New York-based Convene manages shared amenity and event spaces in office buildings, and closed all of its 28 nationwide locations this week.

“After closing all of our locations, we have had to take the additional measure of saying goodbye to nearly 20% of our team across the company and furloughing others, while ensuring they receive compensation and healthcare coverage for an extended period,” co-founder and CEO Ryan Simonetti told Business Insider, which first reported news of the layoffs.

Convene initially closed 17 locations this week, after a member at a New York City space contracted the novel coronavirus, Commercial Observer reported at the time, including locations in New York City, Los Angeles, Chicago, Philadelphia, Washington, D.C., and Boston. But after further restrictions were implemented over the weekend, Convene closed all of its locations, per Simonetti.

The pandemic could prove disastrous for flex office and coworking companies, most of which have closed locations, and may be forced to lay off workers as leasing and membership activity grinds to a halt. The Wing has closed all of its locations, and WeWork is reportedly considering laying off a further 1,000 employees. This follows pre-coronavirus layoffs at Knotel and Managed by Q, which workplace management platform Eden acquired from WeWork earlier this month.

Convene, founded in 2009, has raised over $260 million from industry backers like RXR Realty, Durst Organization, and Brookfield Asset Management.

All laid off employees will receive a month of healthcare coverage, one month severance, and one additional week severance for each year they worked at Convene, according to a spokesperson.