Le Pain Quotidien Has Laid Off All Calif. Employees 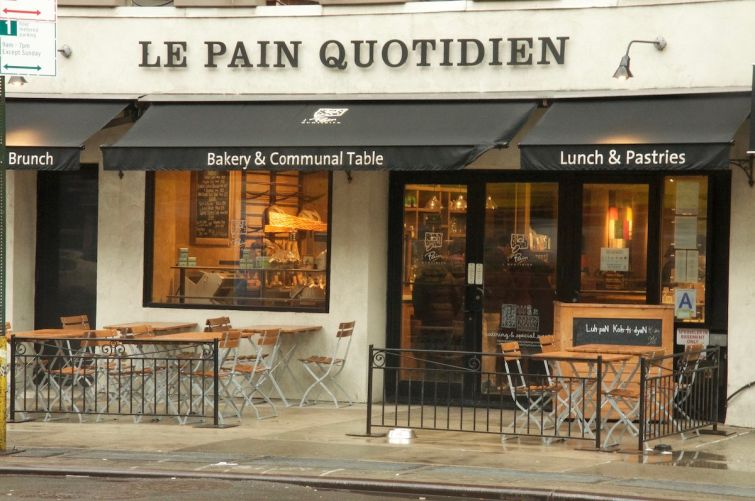 Le Pain could be one of many bankruptcies expected from restaurant chains as their locations remain closed for at least the next month. photo: Wikimedia Commons

In the wake of the statewide economic shutdown, Le Pain Quotidien has laid off all of its employees in California, Commercial Observer has learned.

Due to the continued uncertainty around the coronavirus pandemic, all of the restaurant chain’s California employees were laid off or terminated effective April 9, according to internal messages obtained by CO. Final checks were to be sent home to workers on April 11.

The move follows Le Pain’s announcement last month to temporarily close all of its U.S. locations and furlough all California employees, as many states closed nonessential businesses amid the coronavirus outbreak, including California.

Le Pain did not return repeated requests for comment.

There are 19 Le Pain Quotidien locations in the Greater Los Angeles area, as well as one in the Inland Empire and one in Orange County. It’s unclear how many workers were impacted by the layoff announcement.

“Le Pain Quotidien has been around since the 1990s with over 250 locations worldwide,” said James Famularo, president of Meridian Retail Leasing, in an email to CO. “I think their business model is absolutely genius … it would be a shame to lose this concept.”

Le Pain, founded by Alain Coumont, could be one of many bankruptcies expected from restaurant chains as their locations remain closed for at least the next month. Due to government shutdowns, major restaurant chains like The Cheesecake Factory and Subway announced they weren’t paying April rent, according to media reports.

On April 13, L.A. County officials extended its stay-at-home orders for nonessential businesses like restaurants until May 15. And this week, Governor Gavin Newson said once California’s stay-at-home orders are lifted — the date of which has not yet been determined — there will be new policies for restaurants that include reducing the number of tables by half.

The governor’s office said that in a four-week span leading up to last week, California processed about 2.3 million unemployment insurance claims.

Last month, the California Restaurant Association wrote a letter to Newsom describing the “near decimation of our state’s restaurant industry.” California’s restaurants employ 1.4 million food service workers and generate more sales tax than any other industry at $7 billion annually, according to the letter.

CBRE released a statement regarding a new economic outlook moving forward, and said the U.S. commercial real estate recovery will trail the economic rebound. Categories like industrial and logistics will recover over 12 months. But retail, food and beverage and hotel sectors are facing a longer recovery of up to 30 months, according to the statement.