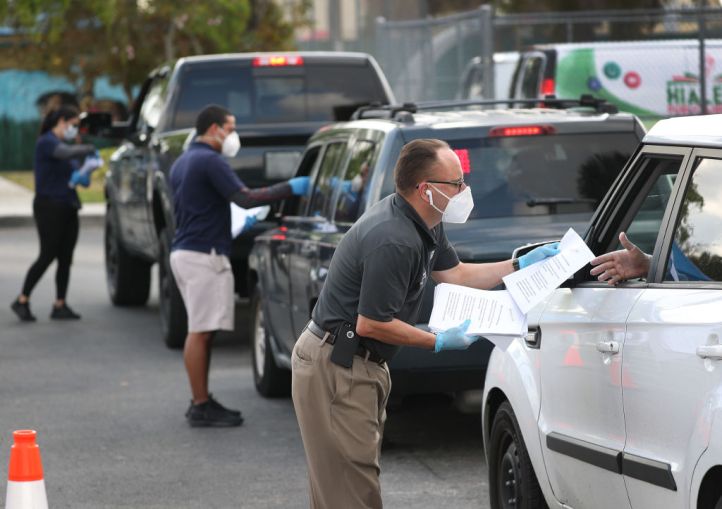 Job losses caused by the coronavirus pandemic continue to pile up as an additional 6.6 million Americans filed for unemployment claims last week, according to the U.S. Department of Labor.

The number of workers who filed for claims during the week ending on April 4 dipped slightly compared to the previous week when a record 6.9 million workers applied for unemployment benefits, the Labor Department said. The latter figure, for the week ending March 28, was revised up today from the initially reported 6.6 million.

More than 16 million workers filed for jobless claims in the past three weeks — as emergency measures to halt the spread of coronavirus forced many businesses to shutter and lay off workers — and represent about 10 percent of the country’s workforce, according to CNBC.

While the number of new filings continues to surge, some states’ abilities to process the applications have failed.

In Florida, workers were forced to fill out paper unemployment applications because its unemployment website kept crashing, while unemployed New Yorkers have had to call hundreds of times to finish their applications, the Washington Post reported. Unemployment checks have been slow to arrive and many workers haven’t received any funds yet, according to the Post.

Economists expect the number of unemployed Americans to keep rising as the coronavirus pandemic rages on. Former chair of the Federal Reserve Janet Yellen told CNBC this week she expects the unemployment rate to climb as high as 13 percent — which would be the highest level since the Great Depression peak of 25 percent — and the Federal Reserve Bank of St. Louis estimated 47 million Americans will be laid off by the second quarter of 2020.