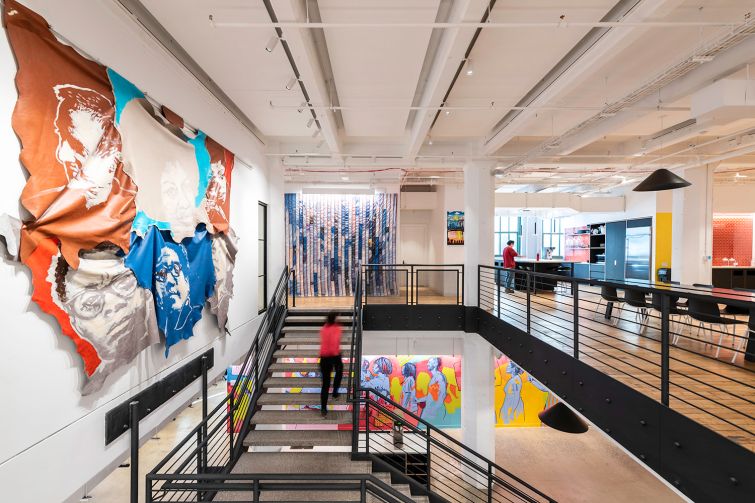 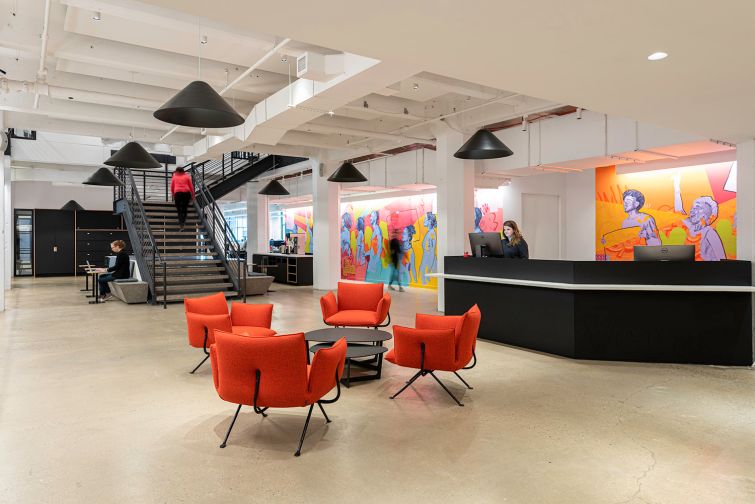 Red-orange chairs in the reception area were chosen because they are the organization's color, "Vera Red." Photo: Tom Minieri 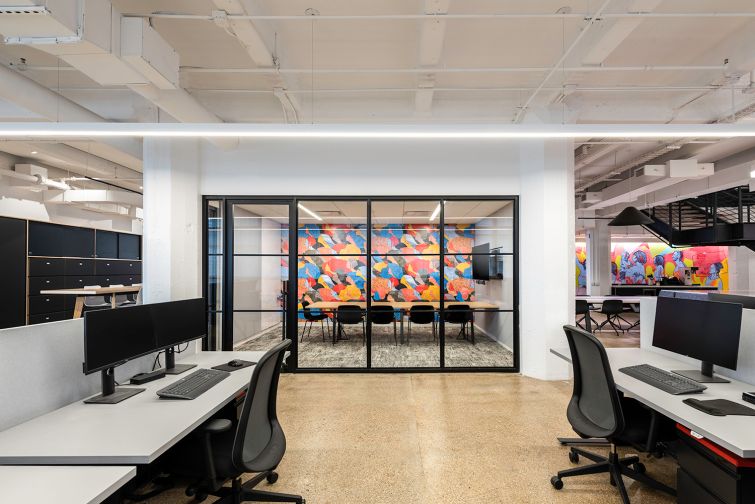 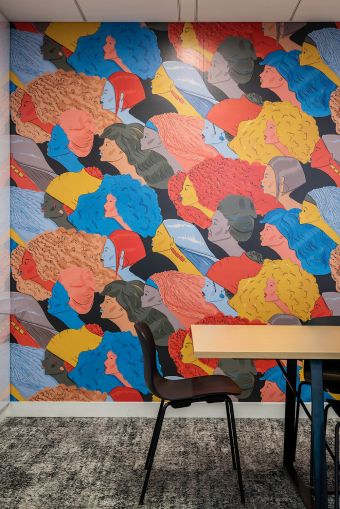 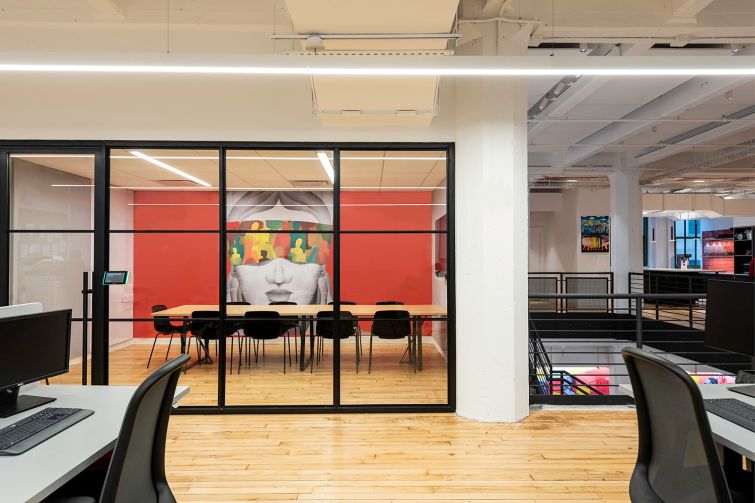 In one mural, Lady Justice is wearing a blindfold silhouetted with a variety of different people. Photo: Tom Minieri
Previous Next

When the nonprofit Vera Institute for Justice decided to leave its longtime offices in the Woolworth Building, it went looking for a larger, more open space that would help display its progressive values.

It found what it was looking for at Industry City in Sunset Park, Brooklyn, where it leased two floors overlooking a courtyard in the “finger buildings,” a series of interconnected warehouses that now hold a mix of ground-floor retail, a food hall and office space.

Vera’s new 35,000-square-foot space in Building 4 is festooned with brightly colored wall hangings and murals designed by local artists that aim to channel the organization’s activist goal of reforming the criminal justice system. The group was heavily involved in New York State’s newly enacted bail reform law, which eliminates pretrial detention and cash bail for most misdemeanors and nonviolent felonies — an estimated 90 percent of arrests, according to Vera’s research.

The art in the office depicts activism and justice, including a wall hanging with screen printed faces of famous black civil rights activists, bright murals of black and Latino New Yorkers protesting ICE and women marching, and a blown-up design of Lady Justice’s face, half-covered in a blindfold that’s silhouetted with the colorful figures of different people.

“A lot of what we did was just creating the canvas for that art,” said Sara Schuster, an associate principal at STUDIOS Architecture who helped lead the design for the space. “It was unusual that we were incorporating future art locations within the plan during our project design process.”

There’s a unifying central staircase with black steel railings that helps open up the two floors. Workspaces are divided between open spaces with workstations and Herman Miller adjustable-height desks, glassed-in conference rooms, and cafe-style seating areas. Bright furniture also helps bring pops of color to the space, like red-orange chairs in the reception area and soft teal and lime green lounge seats with tall walls for privacy in a sectioned off space for private work. Other interesting touches include a long, pale wooden conference table that’s been jaggedly split into two halves, which was custom designed by a Pennsylvania millworker who’s created pieces elsewhere in Industry City, and large, black wooden drawer and shelving units that allow workers to store paperwork and personal items. 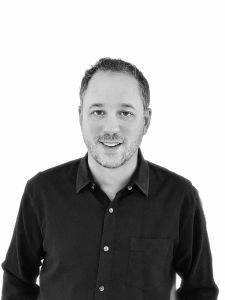