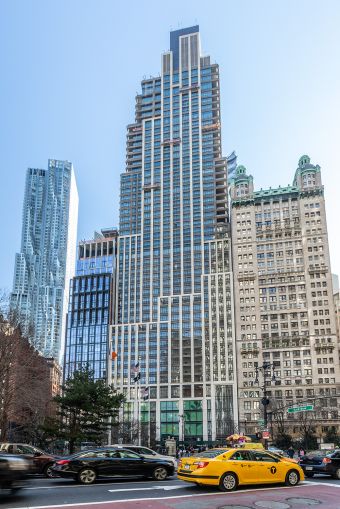 25 Park Row in the Financial District will have 110 condos and 53,000 square feet of office space when it's finished next month. Photo: Melissa Goodwin/For Commercial Observer 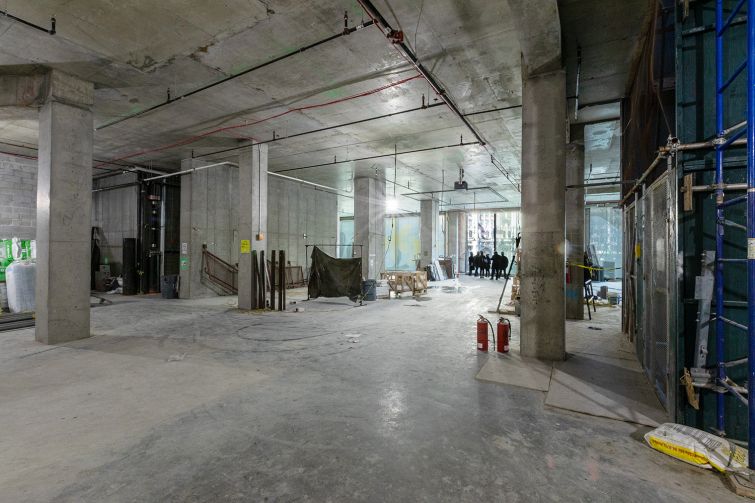 Brokers hope to rent the second, third and fourth floors of the building to a single office tenant who wants a private lobby and elevator, along with the potential to put signage on the front of the building. Photo: Melissa Goodwin/For Commercial Observer 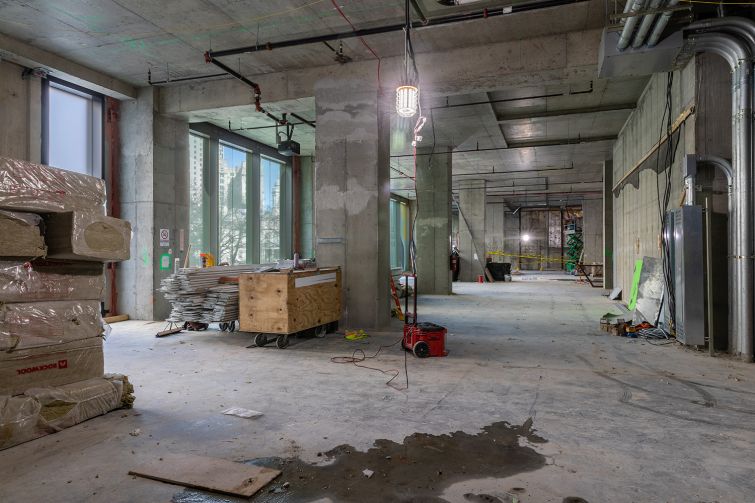 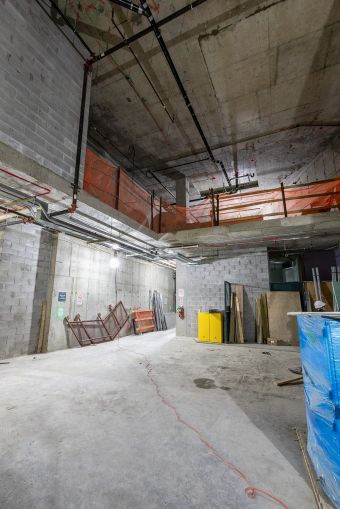 The third floor of commerical space at 25 Park Row features tall ceilings that open to a mezzanine level.
Previous Next

When the owners of J&R Music World decided to sell part of their iconic Financial District store to developers, they decided to include both condos and office space in their new building — an unusual choice in a city where most owners see condos as the most profitable option.

J&R shut the doors on its store by City Hall in 2014 after nearly 50 years in business. Founders Joseph and Rachelle Friedman (aka J&R) started the business in 1971 as a basement record store and eventually expanded to selling audiovisual equipment, camera gear and other kinds of electronics. The Friedmans ultimately sold off a stake in their Park Row properties to L+M Development Partners, which has built a broad swath of affordable and market-rate rentals, condos and commercial properties throughout the city.

L+M tapped CookFox Architects to design a new 50-story skyscraper at 25 Park Row, where a large chunk of J&R once stood. The nearly complete, 700-foot-tall building will host 110 residential condos on the upper floors and 53,000 square feet of office space on the second, third and fourth floors. The ground floor and lower level will be rented as 18,000 square feet of retail, and a potential retailer could take part of the second floor, which clocks in at 19,800 square feet.

An office tenant who commits to all of the space will get their own private lobby on Park Row, along with the visibility of being the property’s only office tenant.

It would be ideal for “that kind of tenant who likes that retail aspect, in terms of proximity to the street, branding opportunities,” said Tell Metzger, a development executive at L+M. “[It’s] super great for someone in healthcare, who has people coming in and out, and they don’t want to be on the 50th floor of a building.”

Future commercial tenants will benefit from the fact that the residential building systems, like heating and cooling, will run 24 hours a day rather than simply during the week.

Matthias Li, who is leading the building’s office leasing team for Cushman & Wakefield, said that they had gotten interest from tenants who “have a need for signage and branding,” including medical tenants and shared workspace firms.