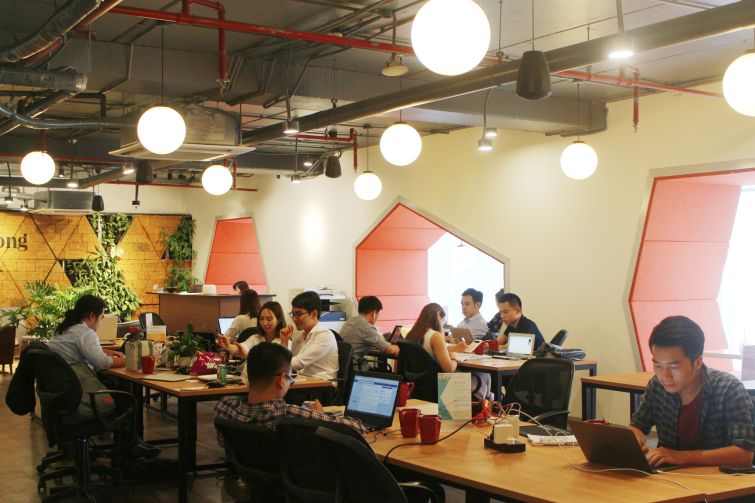 Savills’ on-demand coworking service has expanded to the West Coast as the brokerage responds to demand for modern and flexible leases throughout the office market.

The firm’s service, named Workthere, opened in the Los Angeles and Orange County markets this week. The platform, an online aggregator service paired with brokerage services, matches tenants seeking flex office space with brands like WeWork, Regus and Servcorp, as well as other labs and incubators.

“It’s off the back of the ever-growing and increasing demand for coworking and flex office space, and the realization that it was still an opaque and confusing market with no one really providing full advisory oversight,” Dominic Harding, head of Workthere Americas, told Commercial Observer. “For us, the West Coast is a really important area of expansion. It’s been in our sights for a while.”

The firm has named Courtney Guthridge as a director of Workthere’s West Coast division. The exec, who joined Savills in 2017, previously worked as a regional sales manager for a Southern California-based coworking provider.

“L.A. is an important market, given the major intersection of creative companies and technology,” she said. “It’s the entertainment capital of the world, and we’re seeing major users — like Facebook, Amazon, Apple, Netflix, Google — expanding and growing in this market, which then leads to many other corresponding companies needing to be close to these large users.”

L.A. has nearly 5 million square feet of office space controlled by flexible providers, according to Workthere and Savills. Harding said the firm has seen the acceleration continue on the demand side and the offerings throughout the different types of coworking. He also said they have been collecting data through transactions and interactions with coworking space providers, which has helped add value and insight to understanding the market.

“That has led to Workthere being at the front of almost every conversation Savills is having with its larger corporate clients and smaller startup clients,” Harding said.

Although the sector’s largest player, WeWork, is revamping with a new CEO following a multibillion-dollar drop in valuation, Harding expects to see continued growth in the coworking and flex sector.

“WeWork is sort of out of the picture in terms of land-grabs now, but I think we’re going to see continued growth with the top providers,” he said. “L.A. is an important market for them and they’ve indicated to us that they want more space within Southern California.”

“Those companies are not committing to the three- or five-year leases anymore. They’re starting out with a flexible office scenario,” she said. “Flexibility allows companies to commit to six months to a year, and test a market while their growth is unknown … It gives companies the opportunity to find the best market and draw and retain the best talent.”

Harding added that many overseas clients use flexible leases to test new markets like L.A. as well.