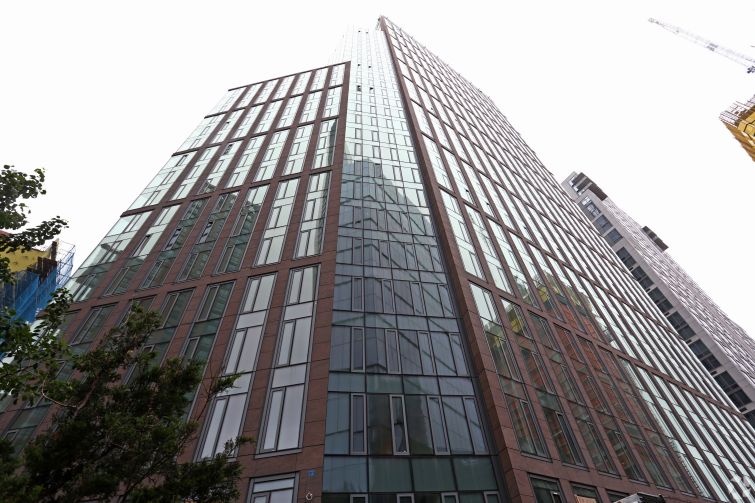 A Related Companies subsidiary said it’s confident it will be able to refinance debt coming due later this year on the Tel Aviv Stock Exchange, after warning of a potential default earlier this week.

The niche market got a shock earlier this week when a Related subsidiary, Related Commercial Portfolio, warned that it could default on a roughly $200 million bond payment due in September.

The Related subsidiary, which has issued one bond on the Tel Aviv Stock Exchange, was facing liquidity issues due to the outbreak, the company reported in its year-end financial statement on March 24, and would be unable to refinance the debt if market conditions didn’t improve in time.

“It’s customary to retire a series of bonds by issuing a subsequent series of bonds,” said Yariv Ben-Ari, a real estate lawyer at Herrick Feinstein.”[Related’s] plan was to issue a series B, enough to repay series A and potentially yield more money.”

In response, Israeli rating agency Maalot cut the bond’s rating from A to BBB and placed it on their watchlist, while the price slid more than 20 percent before rebounding slightly Wednesday.

In an earnings call with Israeli bondholders earlier today, Related Commercial Portfolio said they have been working for several weeks to solve their liquidity issue, and they were confident they could pay down the bond by refinancing properties, according to an advisor who was present on the call. Related had $46 million in cash on the balance sheet as of December 31, 2019, a representative said, in addition to about $7 million in an interest reserve account.

During the call, a representative for Related said they would have a better idea of their situation next week, after the April 1 deadline when rents are due, and after the U.S. government’s stimulus package was passed. They also expect their residential tenants to be in a better position to pay rent, as their inventory primarily consists of luxury units.

After the investor call, bondholders met by phone with the bond trustee to review their options, and plan to appoint a representative to negotiate on their behalf with Related.

A Related spokesperson did not immediately respond to a request for comment.

Related Commercial Portfolio’s holdings include $2.8 billion worth of properties that include interests in Hudson Yards, Time Warner Center, and various other properties in New York and Chicago, according to Related’s most recent statements.

While global markets are in disarray, and the world waits for the United States to pass its stimulus package, Related’s notice still sent shockwaves through Israeli market, according to several sources.

“The situation with Related is unique,” said Ben-Ari. “Related is a well known, blue-chip-type company with a significant balance sheet and deep pockets.

In a statement to the Commercial Observer, a spokesperson said that the warning in the financial statements was a technical matter because of its near-term maturity. “Related Commercial Portfolio expects the bonds will be refinanced in the ordinary course,” the spokesperson said.

Another company to have its bond rating slashed was Starwood West, a subsidiary of Starwood Capital, and another American real estate conglomerate that has issued debt on the Tel Aviv Market Exchange. The regional mall portfolio company, whose bond has traded in junk-bond territory for over a year, had its rating slashed from BBB to CCC.

Earlier this week, Starwood West reported that it would close all seven of the malls in its portfolio due to the coronavirus shutdown, with two closed indefinitely due to mandated shutdowns, and five scheduled to reopen in early April.

Update: This story has been updated with a comment from Related.