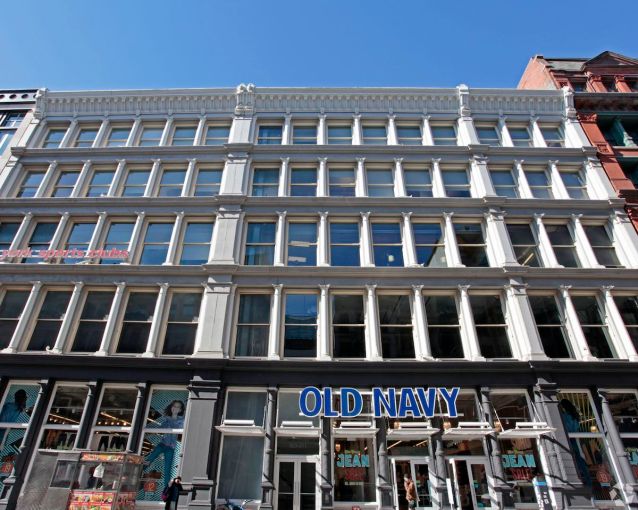 California-inspired skateboarding and surfwear clothing brand PacSun is dipping its toes into New York City with a new short-term store in Soho.

The mid-2000s mall staple has signed a short-term lease for 10,000 square feet on the ground floor of 503 Broadway, between Broome and Spring Streets, according to its broker, JLL. Asking rent for the storefront was $450 per square foot, and JLL declined to provide the length of the lease. PacSun does have the option to commit to a long-term deal.

The Anaheim, Calif.-based company doesn’t have any other stores in New York City. This location would be its first in the Big Apple, besides a brief pop-up store in 2013. It will be joining Zara, which occupies 62,763 square feet in the basement, ground and second floors of the landmarked, cast-iron property.

“PacSun was meticulous about where it chose to sign a lease for the brand’s Soho flagship,” said Tess Jacoby of JLL, who represented the tenant in the deal, in prepared remarks. “PacSun was primarily focused on like-minded tenants and overall street presence, and ultimately landed at 503 Broadway. The location just made the most sense for the brand, as several other national tenants have migrated south of Spring Street on Broadway.”

The property’s upper floors house L Brands and its subsidiaries, which include logistics company MAST and retailer Bath & Body Works, across 50,000 square feet of office space on the fourth and fifth floors. Other office tenants in the building include digital media agency Konrad Group and direct-to-consumer luggage maker Away.