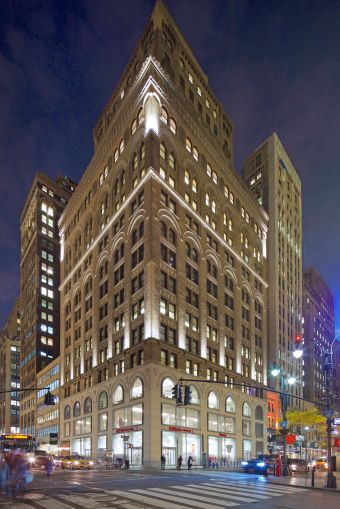 Two new tenants are moving into Vanbarton Group’s office tower at 292 Madison Avenue in Midtown, Commercial Observer has learned. Orion Energy Partners signed a 10-year lease for 5,700 square feet at the Art Deco tower, located between East 40th and East 41st Streets, according to information from Newmark Knight Frank, which represented the landlord in the deal.

The private equity firm is moving from the Empire State Building and will occupy the duplex penthouse, which spans the entire 25th and 26th floors. Asking rent for those floors, which includes an outdoor terrace, was $85 per square foot. The firm will take ownership of the space in June.

Orion was represented by Paige Engeldrum of Cushman & Wakefield.

In addition, Deep Instinct, a cybersecurity startup that recently raised $43 million in funding, signed a seven-year lease for 6,035 square feet at the property. Their new space spans the entire 21st floor and came prebuilt.

The artificial intelligence firm plans to move from their current offices at 501 Madison Avenue in April. They were represented by Timothy Pond and Taylor Bell of Colliers International, and asking rent was $78 per square foot.

The landlord was represented in both deals by Newmark’s Brian Waterman, Scott Klau, Erik Harris, Alyssa Zahler and Cole Gendels.

Vanbarton purchased the 203,000-square-foot building from the Marciano Investment Group in 2016 for $180 million. Since then, it’s renovated the property, including its facade, entry and lobby. Other tenants at the property include private equity company Greycroft Partners and creative agency Spark44. It also houses Vanbarton’s own offices.

UPDATE: This story has been corrected since publication in regard to the length of the Orion Energy Partners lease.