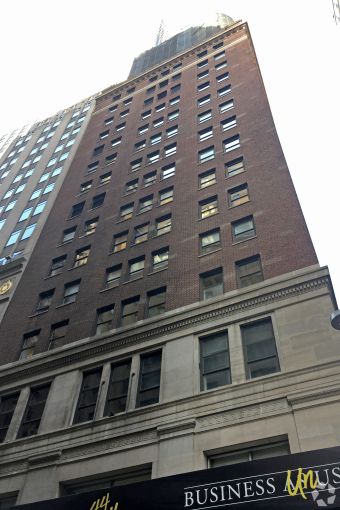 EQ Office has sold 44 Wall Street in the Financial District to Dallas-based Gaedeke Group for $200 million, according to advisor Finback Real Estate.

The deal for the 24-story, 354,000-square-foot property closed late yesterday, according to a spokesperson for Finback, which advised Gaedeke on the acquisition. New York-based George Comfort & Sons, which also acted as an advisor, will operate the asset on behalf of the new owner, the firm said in a statement.

The acquisition appears to mark Gaedeke’s entry into the New York City market, according to its website. The firm, led by CEO Sabine Gaedeke Stener, has about three million square feet of office holdings concentrated in Texas, as well as in Arizona, Florida, and Washington, D.C.

“Partnering with Finback on this investment mandate enabled Gaedeke to gain extraordinary access to Manhattan investment opportunities and underwriting support,” Stener said in prepared remarks. “Having a senior and well-respected team with boots on the ground positioned Gaedeke as a credible player in the difficult-to-penetrate New York City institutional office market.”

The property, located between William and Nassau Streets, is 84 percent occupied following a $24 million renovation that Blackstone-owned EQ Office undertook in 2016, according to Finback.

“Blackstone did a fantastic job repositioning the building. They’ve done a great job leasing the building, and capturing some of the tenant migration from Midtown South,” said Paul Gillen of Hodges Ward Elliott, who helped represent EQ Office in the deal. “There’s a little bit of upside from some remaining lease-up, and some legacy leases that will be marked to market. Gaedeke is getting a great building at an attractive basis, and Blackstone is selling at a good number; so I think it’s a win-win.”

Tenants include law firm Cullen and Dykman, fashion conglomerate SMCP North America and WeWork, according to CoStar Group. Marketing technology company Contently inked a deal to move its headquarters to a 13,146-square-foot space in the building in March 2019, with asking rents in the low- to mid-$60s per square foot.

“This transaction serves as great entrée into the local market by a respected company, Gaedeke Group,” said Peter Duncan, president and CEO of George Comfort & Sons, in prepared remarks. “The building exemplifies great classic architecture that has been carefully preserved while being modernized to meet the needs of today’s creative companies and their workforces.”

Finback’s Michael O’Callaghan and Gentry Ashmore Hoit represented Gaedeke in the transaction. Along with Gillen, Will Silverman of Eastdil Secured represented EQ Office in the deal.

A spokesperson for EQ Office declined to comment. Calls to Stener and Silverman were not immediately returned.