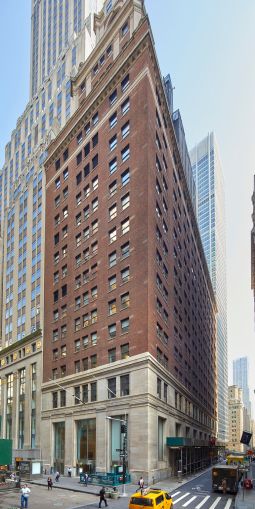 The company inked a deal for 13,146 square feet on parts of the 13th floor of the 24-story tower between Williams and Nassau Streets, according to a spokeswoman for the landlord. The spokeswoman declined to provide the terms of the deal, but a source with knowledge of the deal said asking rents were in the low- to mid-$60s per square foot.

Contently plans to move to its new digs from 598 Broadway—between West Houston and Prince Streets— in the third quarter of this year, the spokeswoman said.

CBRE’s Freddie Fackelmayer, Anthony Dattoma and Zach Breit handled the deal for Contently. The landlord was represented in-house by Scott Silverstein along with Zachary Price, Michael Rizzo, Jeffrey Fischer and Caroline Merck of CBRE. Representatives for CBRE declined to comment.

“Contently believes in the power of great storytelling and fuses art and strategy into all of its work,” Silverstein said in a statement. “This forward-thinking approach makes Contently a perfect fit for 44 Wall and its growing roster of dynamic companies.”

The firm was founded in 2011 and clients include American Express, Bayer and JP Morgan Chase, according to the EQ spokeswoman.