A member at Convene’s 530 Fifth Avenue location tested positive for the coronavirus, with the flex meeting space company moving to close 17 locations to help combat the pandemic 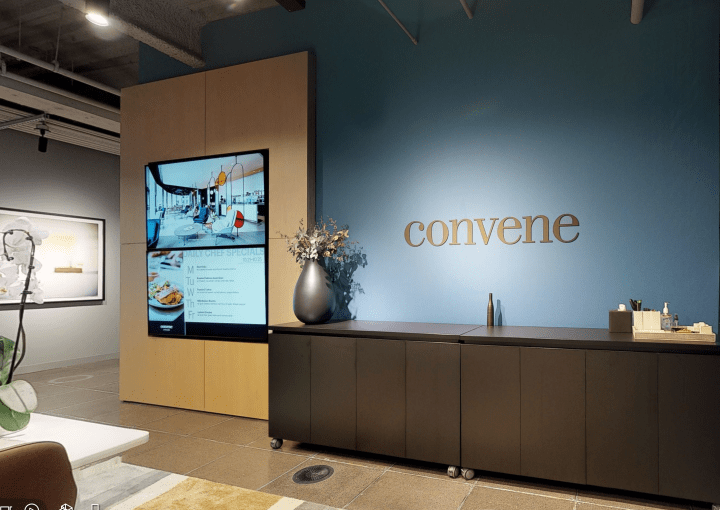 A member at Convene’s 530 Fifth Avenue location has tested positive for the coronavirus, prompting a temporary closure of the location, Commercial Observer has learned. The flex meeting, event and office space company is responding to the spreading pandemic by opting to temporarily close 17 locations across the country, while maintaining operations at 11 sites and paying employees across the board.

SEE ALSO: Restaurant and Hotels to Lay Off Thousands of Workers in New York City

The member at the firm’s 530 Fifth location, where members mingle in boardrooms, hub rooms and common spaces, has been in self-isolation since March 3, according to a source familiar with the situation. In response, Convene temporarily closed its space at 530 Fifth beginning yesterday.

Convene will be closing 17 of its locations nationwide in New York City, Los Angeles, Chicago, Philadelphia, Washington, D.C., and Boston, starting Monday, March 16, the source said. The closures will be in effect until at least April 1. The closures include Convene’s location at 225 Liberty Place at Brookfield Place, where the firm operates 73,000 square feet of flexible meeting space that can host up to 1,000 people.

The additional closures, which amount to more than half of all Convene locations, are seen as preventative measures to protect employees and members; they were not prompted by specific cases of COV1D-19, the disease caused by the coronavirus, at the sites.

During the closures, the firm will work with landlords on adherence to containment protocols, and will continue with increased cleanings and other preventative measures, the source said. The firm is also working to move client programming to open Convene locations.

The firm, led by co-founder and CEO Ryan Simonetti, will continue to operate 11 locations nationwide, which all operate as part of its WorkPlace flexible workspace offering.

On all locations, the firm is guaranteeing 36 hours per week of pay for all full-time hourly employees, continuing through the end of May. Part-time employees will receive two weeks of pay, which is 24 hours per week.