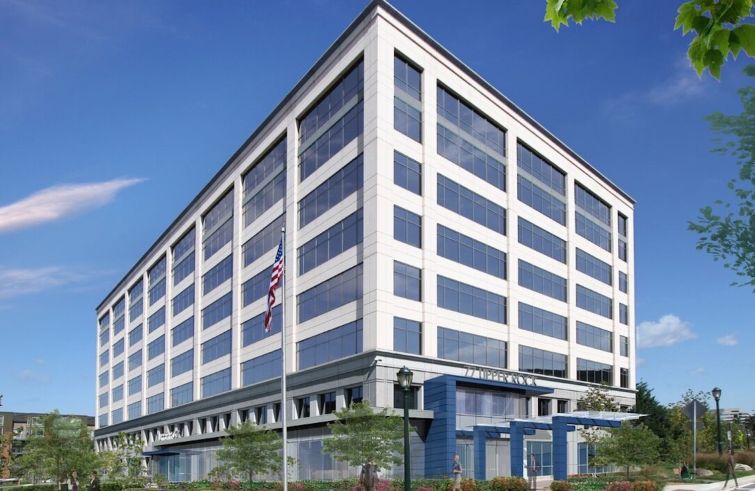 Bridge Investment Group has acquired 77 Upper Rock, an eight-story, 235,000-square-foot Class A office building in Rockville, Md., according to the company.

Neither the seller or price of the deal were disclosed, but public records reveal DSC Partners previously owned the property.

“77 Upper Rock is a trophy, Class A tower that is well-positioned for future growth and success as a result of its proximity to walkable retail and dining, access to the I-270 corridor and Metro system, and other new amenities coming online in a vibrant urban-suburban area,” Tommy Spinosa, acquisitions director for Bridge Investment Group’s office division, told Commercial Observer.

The company was also drawn to the emergence of North Rockville as a growing biotech/life sciences hub.

“After seeing an average of just over six leases signed per year greater than 20,000 square feet from 2000 to 2017, Shady Grove recorded 11 such leases in 2018 and 12 in just the first half of 2019 alone,” Spinosa said. “The biotech sector has been a main driver of that growth, and all signs point to continued momentum in that direction.”

Located at the interchange of Shady Grove Road & Interstate 270, 77 Upper Rock is within a half hour of Washington, D.C. The building was built in 2005 and renovated in 2019. Bridge noted that more than 104,000 square feet of leasing activity has occurred in the building since September.

According to Spinosa, recent capital improvements totaling $6.5 million effectively moved the building to the top of the Shady Grove submarket and enable Bridge to capitalize on a pure lease-up play without incurring any additional construction risk.

“With the building just 45 percent leased at the time of the transaction, there is an opportunity for immediate gains due to the ongoing absorption happening with large tenants in the submarket,” he said. “Though significant renovations were made by the previous owners, Bridge plans to invest an additional $2.6 million in capital improvements that will allow us to deliver maximum value for our tenants and investors.”

Planned upgrades include building out approximately 15,000 square feet of improved space on the main floor, which will house a new, high-end marketing center and tenant lounge. The company will also be enhancing a lot of the existing amenity space, including new state-of-the-art equipment for the fitness center, and building 18,000 square feet of new loft-style, tech-equipped spec suites to keep up with burgeoning market demand.

The building is situated across from the 551-unit residential project Gables Upper Rock, and is also adjacent to The Grove at Rockville, a planned $650 million mixed-use project by Lantian Development.

Spinosa represented Bridge in the transaction while JLL’s Andrew Weir represented the seller.