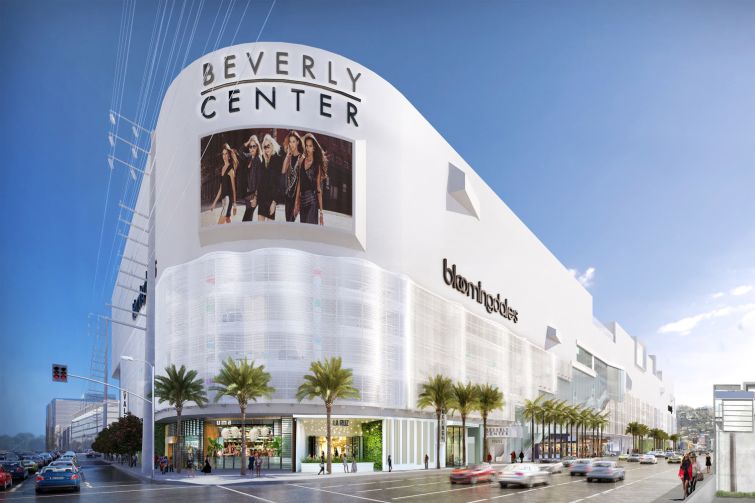 TRG operates the famed Beverly Center in Los Angeles and 25 other regional shopping centers throughout the United States and in Asia. The firm, which was founded 70 years ago and is run by president and CEO Robert S. Taubman, boasts 25 million square feet of gross leasable space.

Thomas Dobrowski, vice chairman at Newmark Knight Frank, told Commercial Observer that the deal provides relief to stakeholders in the institutional mall world to see that there is a buyer for high-quality malls and good performing portfolios. And Taubman’s properties are all rated A and above.

“If you’re Simon, the ability to acquire that type of pool and immediately add to your portfolio and sales activity is great,” Dobrowski said. “And the Taubman malls will do that.”

The deal strengthens Simon’s foothold as one of the most definitive big mall operators, Dobrowski added. He also pointed out that Taubman and Simon can share their international experience and presence.

“That’s a good complement. It provides exposure to international tenants that you might not have otherwise had access to, and you can potentially bring them over to the U.S.,” he said. “That’s a synergy that few others have. Outside of Unibail-Rodamco-Westfield, there’s no other domestic mall that has that kind of international reach.”

But James Shanahan, senior equity analyst and researcher with Edward Jones, said the deal “seems desperate” in a sector that’s under so much pressure. While Simon’s strong performance relative to other mall REITs gave it a leg up in the deal, Jones thinks there are better uses for its capital.

“Looking at how overstored the market is in North America, we would have preferred they acquire international assets than this stock,” he told CO.

It’s been a busy month for Simon. Last week, a group of companies including Simon and Brookfield Property Partners were listed as the leading bidder for Forever 21, which filed for bankruptcy in the fall.

Shanahan said he expects the investors will reduce the footprint of the Forever 21 stores because they were too big, or close some locations. That would cause a decline in the rental income coming from Forever 21, but nonetheless would keep the store operational.

Apparel tenants’ share of the market continues to decrease while restaurants, fitness and entertainment tenants are on the rise. Simon explained on a conference call earlier this month that Forever 21 is their 12th largest tenant. But fashion stores like Forever 21, H&M, Zara and others are much higher on the list of top tenants occupying space at Taubman stores. Shanahan also pointed to a similar deal in 2016 where Simon teamed up with Brookfield to buy the Aeropostale brand out of bankruptcy. The year before, Simon offered $16.8 billion, or $95.50 per share, for mall operator Macerich Co., however that deal was declined.

“They’re plugging holes in the dam,” Shanahan said. “Keeping those stores open while they’re paying rent and breaking even is a pretty good outcome if you’re a mall operator, even if you eventually want them to become more profitable. […] The acquisition of Aeropostale arguably made sense. Forever 21 could do the same.”

Yet, he questioned the sustainability of the strategy.

“What if H&M slows down next? Would they buy a major stake in them, too?” he said. “You start to wonder. You’re acquiring troubled competitors and tenants, but where does it stop?”

In an email to CO, Maria Mainville, communications director for TRG, explained that both firms will continue to operate as usual and as separate companies until the transaction closes.

“After the transaction is completed, Taubman expects to operate much as we do today, including related to the ownership and leasing of our properties and how we serve our tenants and shoppers,” she said. The company declined to comment further.

Dobrowski said today’s market demands large scale operations to effectively run and manage such portfolios and attract the best tenants, and TRG is one of the smaller ones in terms of overall assets. He said it would be difficult for the firm to continue competing with powerhouses like Simon and Brookfield. Taubman shares are currently trading at $53.15, and Dobrowski suspects TRG concluded that it would be difficult to regain the $70 to $80 range it experienced prior to the start of 2017. That’s why it makes sense to join forces with Simon, one of the top REITs in the country in its class.

Simon will buy all of TRG’s stock for $52.50 per share. The Taubman family, which runs the Blooming Hills, Michigan-based TRG, currently owns 29 percent of the company, but will remain a 20-percent partner after selling about one-third of its ownership stake. Simon will fund the acquisition with existing liquidity, and TRG will use the funds to invest in its properties. The purchase price represents an underwritten capitalization rate of approximately 6.2 percent.

During an investors call on Monday, David Simon, president, CEO and chairman of the board for Simon, said his firm can enhance TRG’s growth prospects.

“TRG will be in a better position to invest in its properties and create the sort of innovative retail environments that drive traffic,” he said. “These include immersive opportunities for retailers and the new and exciting shopping and entertainment experiences for our consumers.”

News of the sale was first reported by CNBC.

The deal is expected to close around mid-year after approval from two-thirds of the outstanding total voting stock and a majority of the outstanding stock not held by the family. However, the deal was unanimously recommended by a special committee of independent directors, and approved unanimously by the board of directors of both companies. The Taubman family, which represents approximately 29 percent of outstanding Taubman voting stock, has agreed to vote in favor of the transaction.

The 828,000-square-foot Beverly Center, opened in 1982 near West Hollywood at La Cienega and Beverly Boulevards, completed a $500-million renovation in 2018 as the retail complex was losing market share. The roof was replaced with skylights and the space was opened to allow significantly more windows and natural light. The renovation also included adding a large LED screen more than three stories tall in the center of the mall, and nine street-level restaurants.

Mall retail continues to flounder in the face of online shopping, and many department brands have been forced to close locations and file for bankruptcy. In December, Simon and TRG lowered their earnings guidance to prepare for weaker results.

UPDATE: This story has been updated since publication to include a comment from Edward Jones