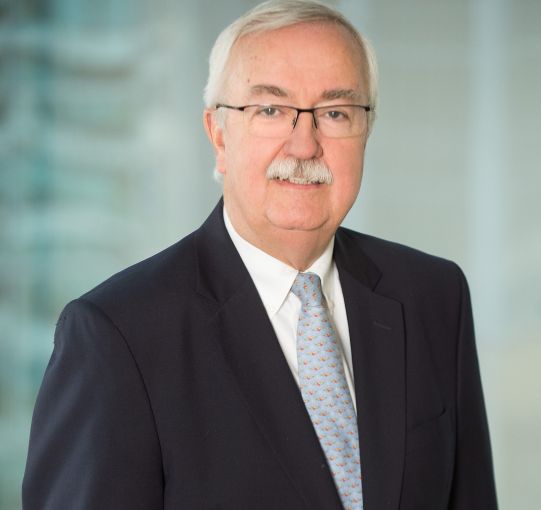 Forever 21’s Chapter 11 bankruptcy filing last week may be giving the lie to the eternal promise in the casual fashion brand’s name. The company, founded by Korean immigrants in the mid-1980s, operated more than 700 stores at its peak, which followed years of rapid expansion that began during the Great Recession.

But now, the Los Angeles-based retailer has listed 178 stores it’s planning to close, marking another grim knell in the unfolding retail apocalypse.

Now major retail landlords, already beset by previous store closings from the likes of Sears, Walgreens and Dressbarn, are facing another scramble to fill the vacancies Forever 21 is likely to leave in its wake. But at least among real estate investment trusts, some fortunate firms have the wind at their backs, while others may find themselves falling farther behind in the race to find new tenants.

Jim Sullivan, a managing director at BTIG who leads REIT research for the company, spoke with Commercial Observer last week to explain what went wrong for Forever 21 and how the picture is shaping up for the landlords with the most exposure to its bankruptcy.

Commercial Observer: You’ve pointed out in your writing that Forever 21 kicked off an expansive growth phase just after the financial crisis. How did that strategy play out?

Jim Sullivan: Forever 21’s focus was to have a very low-price product that featured, if you will, a high turn — meaning inventory turnover. Because they were sourcing directly from manufacturers in Asia, they had a cost advantage. They opened stores in malls, and they tended to be fairly large stores. They were fortunate that when they really began to expand it was during the Great Recession, because at that time, as we all know, vacancies increased. There was a lot of space available, and landlords were looking for tenants who had an appetite.

How did Forever 21’s deal with Mervyn’s play into that growth?

Mervyn’s was a department store that primarily had a West Coast operation. And they had stores that were upwards of 75,000 or 80,000 square feet. Mervyn’s liquidated in 2008, but at the time, they’d had stores that were fairly good locations in malls that were pretty high in productivity. Forever 21 just couldn’t resist taking some of these large-square-foot format locations. So that was a very, very big expansion for Forever 21 in terms of store size.

At the same time, the company was also expanding its product lines. It had started with women’s apparel, but they grew into a retailer that was attempting to provide apparel, footwear and accessories for women, men and young girls. So you had an expansion of the product line into, if you will, the whole family.

Would you say that overly rapid growth contributed in any way to the company’s downfall?

Well, eventually, it grew to more than 500 locations, both in regional malls and outlet Forever 21 was in Asia, the Middle East, Europe. And what was interesting about that international expansion is that there were several countries where they only had one or two stores. From a standpoint of being deployed over so many geographies, it strikes me that that was a challenging real estate model in which to achieve any efficiency.

To what extent was Forever 21 overly ambitious in its expansion? Should it have known better 10 years ago, or was the e-commerce revolution not yet a sealed fate?

At the time of the Great Recession, the penetration of e-commerce into apparel was still relatively small. The thinking at the time was that apparel was going to be a much more difficult category for internet sales to capture. And indeed, apparel continues to be somewhat challenging. There’s a very high return rate: It gets shipped out and then it gets shipped back, and then it has to be re-hung, and you have to check it to make sure it’s not worn or damaged. As we all know, sizing is approximate. Indeed, overall, brick-and-mortar apparel sales have continued to grow, approximately at the rate of nominal GDP growth. Forever 21 was not without competitors in the fast-fashion category, and you know, the H&Ms and Zaras of the world have done very well.

Of course, retail landlords now have to deal with the fallout. Your work draws some comparisons between two REITs, Taubman Properties and Simon Property Group, that have an especially high concentration of Forever 21 stores. What did you find?

Companies provide tenant-concentration data in different ways. You can provide it in terms of the gross leasable area, or GLA. And in the case of Taubman’s, its GLA exposure to Forever 21 was 4 percent. Simon provides the data in two different ways: as a percentage of square feet, and also as a percentage of base rent. They indicate that their exposure to Forever 21 is 0.8 percent of total square feet, but 1.4 percent of base minimum rent. Taubman doesn’t tell us what percentage of the base minimum rent Forever 21 accounts for, but if the ratio is similar to Simon’s, it’s going to be more than 4 percent. And that’s a very high number.

How does that affect your view of landlords’ preparedness to handle the filing?

As analysts, we always like to see more diversification.

And does that analysis extend to brand subdivisions too? Do you prefer, as an analyst, a company such as Gap, which has Banana Republic and Old Navy under its aegis as well, compared with Forever 21 which was more or less just one brand?

I think [that’s right]. If you think about another example, Ascena, it operated Ann Taylor and Ann Taylor Loft, as well as four or five other brands. Ann Taylor was doing well, but their plus-sized format was doing not as well. And Ascena had some real weakness in its value segment. If you recall, it decided late last year to shut down its Dressbarn unit. That’s an example where maybe one or two sub-brands will not make it, but some others may. So you’re right to note that that kind of company enhances diversification and reduces risk.

Forever 21 was a significant tenant not just for Taubman and Simon but for many of the biggest retail REITs. How well prepared, in general, would they be to lose the store as a tenant?

I would say there are two key variables in terms of how well-prepared mall REITs are. The first dividing line is between companies that have primarily Class A malls and those that don’t. So, when you look at a company like Macerich or Taubman, they have the highest productivity in sales per square foot. Simon has pretty high productivity, but not as high as those two. Simon also has, in addition to malls, outlet centers. The productivity of those three companies, and also the GGP segment of Brookfield — that productivity is significantly higher than a company like CBL Properties. CBL’s productivity is only about $375 per square foot and it’s been relatively flat for several quarters. Whereas with company such as Macerich, you’re talking about average productivity in the $700-per-square-foot range.

Are those distinctions mainly driven by location?

Spending power is a combination, simplistically, of density and average household income. When you look behind the curtain, it should be no surprise that if the market is bigger, and the market is richer, those centers are generating higher productivity. When we look at a company like CBL, their markets’ average spending power is lower. And if you look at five-year forward projections for growth in spending power, you’ll see a lower projected rate. This cycle, in outlying markets or ex-urban markets, retail sales growth is very difficult to achieve.

And what’s the other differentiating factor?

The strength of the liquidity that each company has. How much access to capital does it have? We have a great tale of disruption in retail operating trends. It’s highly competitive, and many legacy retailers are struggling to handle it. Some of them are good at developing online platforms, but some of them are not. As those retailers close stores — and sometimes, as we’ve seen, their entire company — a lot of square footage is being repositioned. Well, that costs money: on average $17 million to $20 million per anchor location, and in some cases much more than that. So as a mall owner, it helps if you have the capital to be careful and consider whom you want and why you want them. It takes capital to play in that game, and from the standpoint of the stock market, the REITs that have capital are the ones that investors are more comfortable betting on.