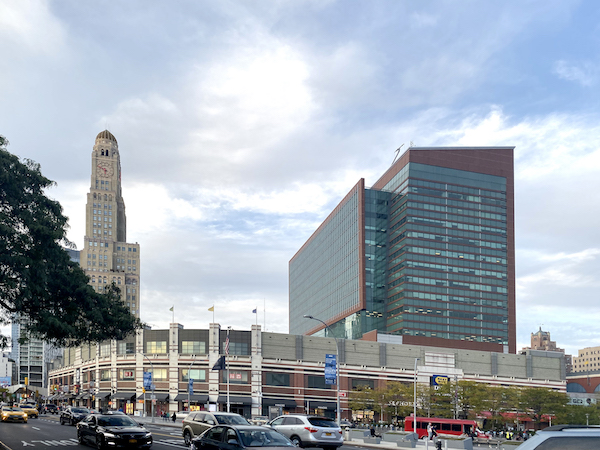 National Grid signed a 15-year lease for space on the entire 11th and 12th floors of the 400,000-square-foot office condominium, located on top of the Atlantic Terminal shopping mall and across the street from Barclays Center, the New York Post first reported.

A Brookfield spokesman declined to provide the asking rent, but the Post reported it’s between the high $50s to low $60s per square foot.

The London-based energy company currently has offices nearby in the MetroTech Center, which it plans to keep, the Post reported. National Grid will move into its new digs by the end of the year, according to Brookfield.

Brookfield acquired the office portion of the 14-story property in 2018 when it bought Forest City Realty Trust for $6.8 million, Bloomberg reported. The retail portion of the property is owned by Madison International Realty. Brookfield is planning to add an amenity space for tenants with shared conference and communal spaces, according to the landlord.

“We are repositioning this Class A commercial asset to serve the needs of tenants looking for new, modern spaces,” Alireza Esmaeilzadeh, Brookfield’s senior vice president of asset management and leasing, said in a statement.

“Brooklyn today offers many appealing options for Class A space users,” Frank said in a statement. “Following an exhaustive search, 2 Hanson Place was selected for its quality, image and location above the Atlantic Terminal.”

The Atlantic Avenue-Barclays Center station houses nine subway lines and a connection to the Long Island Rail Road, and ranked as the busiest Brooklyn subway stop in 2018, according to MTA data. The adjoining shopping center houses retailers including  Target, Chuck E. Cheese, Uniqlo and Sephora.