Hall Booth Smith and FordHarrison, both based in Atlanta, both signed leases with landlord Ponte Gadea for full-floor spaces. 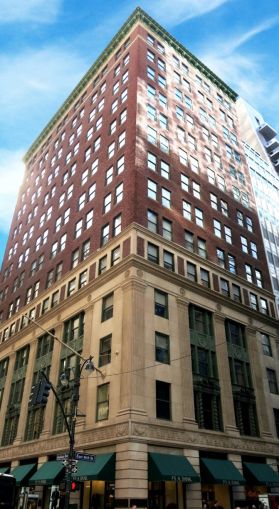 A pair of law firms inked deals for a combined 13,702 square feet at 366 Madison Avenue, brokers on the deal announced.

Hall Booth Smith and FordHarrison, both based in Atlanta, both took full-floor spaces in the 16-story building between East 45th and East 46th Streets, according to Cushman & Wakefield, which brokered both deals for the landlord Ponte Gadea.

“Located a block from Grand Central, 366 Madison offers a prime location for commuters in the heart of New York City,” C&W’s Stephen Bellwood said in a statement. “The stable ownership and management at this property proved a valuable selling point for both tenants.”

A spokeswoman for C&W did not provide the terms of the deals, but CoStar Group data shows asking rents in the building range from $67 to $82 per square foot.

Hall Booth Smith signed a lease for 6,851 square for the entire fifth floor of the 90,000-square-foot building between East 45th and East 46th Streets, according to C&W.

The law firm — which recently launched a practice group dedicated to vaping lawsuits — has 18 offices around the country and the Madison Avenue space will be its first in New York City.

C&W’s Bellwood, Gordon Hough and James Frederick represented the landlord in the deal while Alan Wildes, also of C&W, handled it for the tenant.

In the second deal, labor and employment law firm FordHarrison signed a deal for the entire 6,851-square-foot seventh floor of 366 Madison Avenue, according to C&W.

FordHarrison — which has 29 offices around the country — already has a presence in the Big Apple nearby at 60 East 42nd Street between Park and Madison Avenues. It’s unclear if it will relocate to 366 Madison Avenue or if it will be a second office for the firm.

Newmark Knight Frank’s Robin Fisher and David Kilborn brokered the deal for FordHarrison while C&Ws Hough, Bellwood and Frederick handled it for the landlord. An NKF spokesman did not immediately respond to a request for comment.