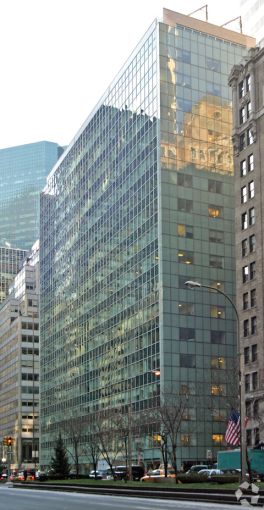 H.C. Wainwright, the investment bank founded in 1868, signed on to keep its headquarters for another seven years at 430 Park Avenue in Midtown East, Commercial Observer has learned.

H.C. Wainwright renewed its 33,698-square-foot space on the entire third and fourth floors of the 19-story building between East 55th and East 56th Streets, according to tenant brokers Lee & Associates NYC. Asking rents in the building are $85 per square foot.

The investment bank first signed on for space in the Midtown East building in 2013 when it moved its offices from 570 Lexington Avenue, as CO previously reported. H.C. Wainwright considered other buildings to move its offices in recent months, but after securing a concession package, decided to stay put, said Lee & Associates’ Corey Abdo, who brokered the deal for the tenant.

“We looked meticulously at the surrounding market, and determined with the tenant that a seven-year renewal combined with a fair landlord concession package was the ideal option,” Abdo said in a statement. “We’re excited for them to remain in this prime Park Avenue building.”

JLL’s Clark Finney, Randy Abend and Frank Doyle represented the landlords, Midwood Investment & Development and Oestreicher Properties, in the deal. A JLL spokesman did not immediately respond to a request for comment.