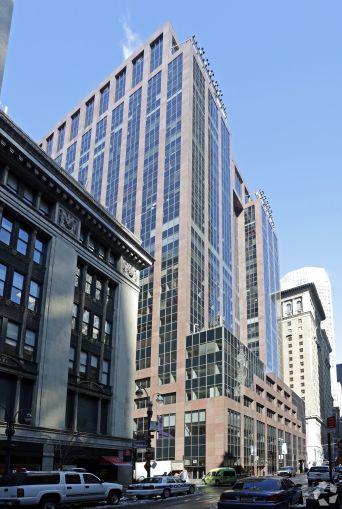 Fintech firm Addepar, which runs a wealth management platform that has more than $1.7 trillion of assets linked to it, will nearly double its New York City offices at 335 Madison Avenue in Midtown, Commercial Observer has learned.

Addepar signed a 10-year lease for 40,000 square feet on the entire 26th floor of Milstein Properties’ tech-focused tower between East 43rd and East 44th Street, according to CBRE’s Paul Amrich, who brokered the deal for the landlord. Asking rent was $115 per square foot.

The Silicon Valley-based firm first moved into a 3,000-square-foot space at the property, known as The Company Building, in 2013 and currently has 28,000 square feet on the 14th floor, as CO previously reported. It plans to move into its new space in November.

Addepar — whose investors include Peter Thiel — was founded in 2009 and doesn’t handle money directly but manages data for more than 400 clients like Morgan Stanley and Jefferies Financial Group, Bloomberg reported.

The deal is the first major one signed since Milstein finished the $150 million revamp of the 1980s office tower next to Grand Central, Amrich said.

“The building and what they had transformed and created, I think, is about as unique as anything on the island at the moment,” Amrich said. “I haven’t ever seen a building transform in the specific way it has.”

After being faced with having more than a third of its 1.1-million-square-foot building vacant, Milstein started a massive overhaul of the property that added a slew of new amenities, as CO previously reported. The SHoP Architects-designed renovations include a dedicated coworking area on the 16th floor, offices for smaller startups on the fifth and sixth floor, a coffee shop in the lobby, a restaurant, a speakeasy-style bar, a cafeteria with a terrace and a gym with a pool.

Milstein rebranded the building as The Company Building to turn into a tech campus and partnered with former Grand Central Tech co-Founder Matthew Harrigan to start a tech incubator in the 29-story tower dubbed Company.

“What [Michael Milstein] has built on this site is exactly in the vein of what most of these folks want,” Amrich said.

Amrich brokered the deal for Milstein along with colleagues Neil King, Sacha Zarba, Jeff Fischer and Meaghan Allen. Addepar had no brokers.