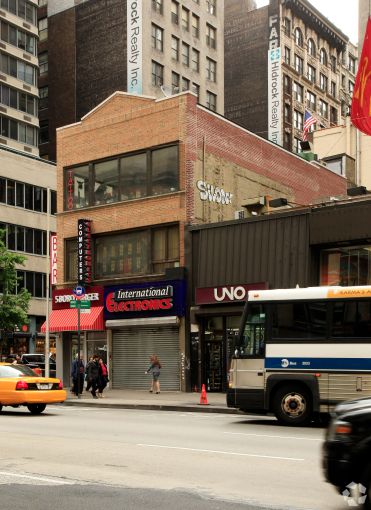 Taco Bell will open the flagship of its boozy Cantina concept, and the first one that spans multiple floors, in Midtown South early this year, Commercial Observer has learned.

The Mexican fast-food chain signed a 10-year lease for 4,610 square feet at 976 Avenue of the Americas between West 35th and West 36th Street, taking over from the shuttered Five Boro Burger, according to Winick Realty Group, which brokered the deal for both sides.

Taco Bell Cantina — which has a custom menu with shared plates, an open kitchen and also serves alcohol — will have 1,537 square feet on the ground floor of the 976 Associates’ three-story retail building along with 1,500 square feet on the second floor and 1,573 square feet in the basement, according to Winick. The deal had no asking rent since it was off-market, a spokeswoman for Winick said.

“This is a true statement location that will help to solidify their identity as Taco Bell Cantina continues to expand its footprint throughout New York City,” Winick’s Lee Block, who represented both sides in the deal along with Alexander Karas, said in a statement. “With strong traffic drivers like Macy’s and Bryant Park within walking distance and Chick-Fil-A one block away creating incredible foot traffic in the area, Taco Bell Cantina’s commanding corner presence will help to draw the attention and capture the imagination of this 24/7 market.”

The deal comes a week after Taco Bell secured a 4,050-square-foot space in the landmarked Paramount Building in Times Square, where it will open another Cantina in the summer, as CO previously reported.

Taco Bell started its Cantina Model in 2015 and opened the first location in Manhattan in 2018 at 500 Eighth Avenue, as per CO. It has opened nearly a dozen across the city since then, part of the chain’s aggressive push into cities.

The company previously told CO it plans to open 1,000 locations across the country by 2020, with at least 50 in the city including its “urban-inline” model that doesn’t serve alcohol.