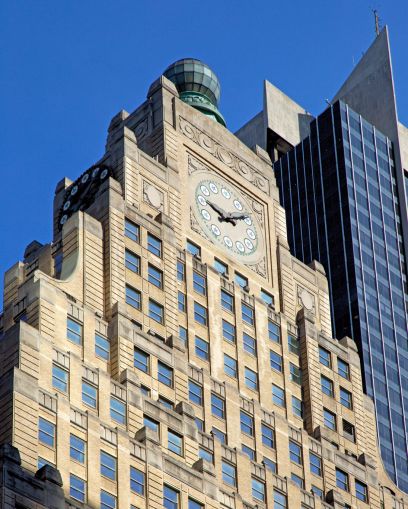 Taco Bell plans to open another Manhattan outpost of its Cantina concept — which has a custom menu with shared plates, an open kitchen and serves alcoholic beverages — at the Paramount Building in Times Square, Commercial Observer has learned.

The fast-food chain signed a 10-year lease for 4,050 square feet at the landmarked, Art Deco office tower at 1501 Broadway between West 43rd and West 44th Streets, said SCG Retail’s Jenna Heidenberg, who represented the tenant in the deal. It will have 3,250 square feet on the ground floor along with 800 square feet on the lower level. Asking rent was $1,500 per square foot, according to Heidenberg

Taco Bell Cantina will take over part of the 33-story office building’s lobby — which moved from Broadway to 43rd Street last year — and headwear retailer Lids’ storefront, which relocated in the property, according to Heidenberg. The deal includes outdoor LED-signage and Taco Bell plans to open in the summer.

“We’re thrilled to represent Taco Bell in bringing the brand to Times Square,” Firestein said in a statement. “This location puts Taco Bell not only at the heart of New York City retail, but also at the center of the ‘Retail Universe.’ ”

Taco Bell started its Cantina model in 2015 and brought it to Manhattan in 2018 with a location at 500 Eighth Avenue, as CO previously reported. It opened nearly a dozen Cantinas across New York City since then, and is part of the chain’s aggressive push into cities that started in 2017.

The company previously told CO it plans to open 1,000 locations across the country by 2020, with at least 50 in the city. Some of those will be the brand’s smaller foot-print “urban-inline” model that doesn’t serve alcohol.

“Times Square remains one of the most iconic and visible retail high streets in the world, as restaurants and other food services continue to outperform and benefit from this premier 24/7 location with robust foot traffic and tourism,” Birnbaum said in a statement. “We were delighted to work with [Cohen’s] Rosemark [Management] and Levin to add this exciting Taco Bell Cantina location to the dynamic mix of cutting-edge names in the area.”