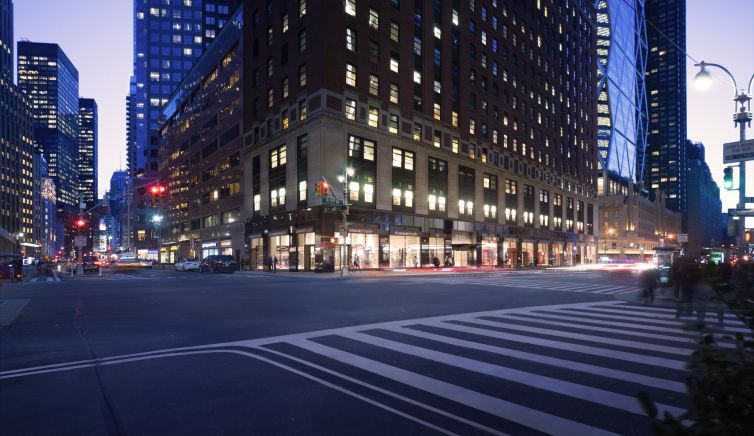 Music publisher Concord — which owns several record labels and manages the catalogs of artists like George Harrison and Pink Floyd — plans to consolidate its three Manhattan offices to 46,329 square feet at 250 West 57th Street in Hells Kitchen, a broker on the deal confirmed.

Concord inked a 15-year lease for part of the fifth floor and the entire sixth floor of Empire State Realty Trust’s 26-story building between Broadway and Eighth Avenue, The New York Post first reported. Asking rent was $69 per square foot, according to CBRE’s Paul Haskin, who brokered the deal for the tenant.

The Beverly Hills-based music company currently has three New York offices, at 214 Sullivan Street in Greenwich Village, 229 West 28th Street in Chelsea and one more in Midtown East. Concord plans to move them all to ESRT’s building near Columbus Circle, a spokeswoman for CBRE said.

Founded in 1972, Concord was mainly known as a jazz record label until recent years when it started an aggressive acquisition strategy that helped it become the fifth-largest music company in the world, Billboard Magazine reported. Its current stable of artists includes St. Vincent, Nathaniel Rateliff & the Night Sweats and Swedish rock band Ghost.

ESRT’s 537,839-square-foot property has been a hub for entertainment businesses, with concert promoter Distinguished Concerts International New York expanding its space inside earlier this month, as Commercial Observer previously reported. That, along with the building’s proximity to nearby music venues, made it an ideal home for Concord, Haskin said.

“West 57th Street has always attracted the arts and entertainment industry with nearby neighbors such as Carnegie Hall and Lincoln Center,” Haskin said in a statement. “With the new lobby…and the commitment ESRT has made to reposition the building, Concord found the location and property very compelling.”