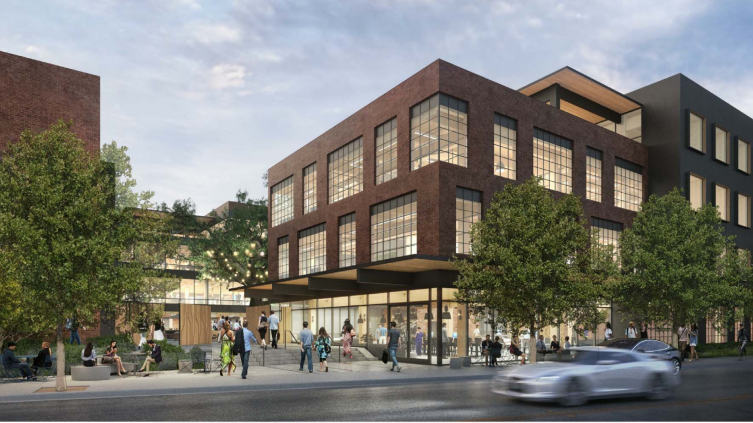 A rendering of 1633 26th Street. rendering: Belzberg Architects and RELM

Kilroy Realty Corporation, one of the Los Angeles region’s largest development firms, is looking to build the next significant office project in Santa Monica, which has been one of the tightest submarkets in Greater L.A.

Kilroy, the owner of the Blackwelder campus in Culver City and Academy on Vine in Hollywood, plans to deliver 170,800 square feet of office space at 1633 26th Street, located between Olympic Boulevard and Colorado Avenue. The site is located about two blocks from the Bergamot Station stop on the Metro’s Expo Line.

Michelle Ngo, senior vice president with Kilroy, told Commercial Observer that the firm is excited about Santa Monica and the Westside submarket.

“The market has done very well this cycle, with vacancy rates hovering in the low, single-digit vacancy rates,” she said. “It’s driven a lot by the tech tenants and creative tenants that anchor much of the Greater L.A. market.”

She declined to discuss specifics of the project while it advances through the early stages of a challenging entitlement process in Santa Monica.

The campus, which will be designed by Belzberg Architects and RELM, will sit on the same block as Lionsgate Entertainment and is across the street from the 11-building, 1.3-million-square-foot Water Garden office campus, where tenants include Oracle, CBS and Cornerstone OnDemand.

Kilroy’s project will benefit from the fact that no office projects were added to the Westside market throughout 2019, and there are no developments with more than 30,000 square feet currently under construction in Santa Monica.

Kilroy purchased the site for $25.2 million in July 2014, property records show. Tala leased and moved into 30,642 square feet at the existing structure in 2019.

According to Cushman & Wakefield’s report, Santa Monica currently has 8.3 million square feet of office inventory, and about 8.1 percent, or 672,500 square feet of vacant space. Santa Monica also boasts some of the highest rental rates in Greater L.A. at about $5.75 per square foot, and about $6 per square foot for Class A space. The priciest office transaction of 2019 was also in Santa Monica, where Starwood Capital purchased the fully-leased Lantana Entertainment Media Campus for $210.9 million.

Kilroy has approximately 4.5 million square feet in Greater L.A., including several properties in Santa Monica and the Westside. One of its most notable deals came in Culver City, where it acquired the Blackwelder campus for $185 million. The firm also owns Academy on Vine in Hollywood, which features a massive new office space leased to Netflix, as well as a residential complex. And last year, Kilroy sold an office in Calabasas with more than 225,000 square feet for $78.2 million.