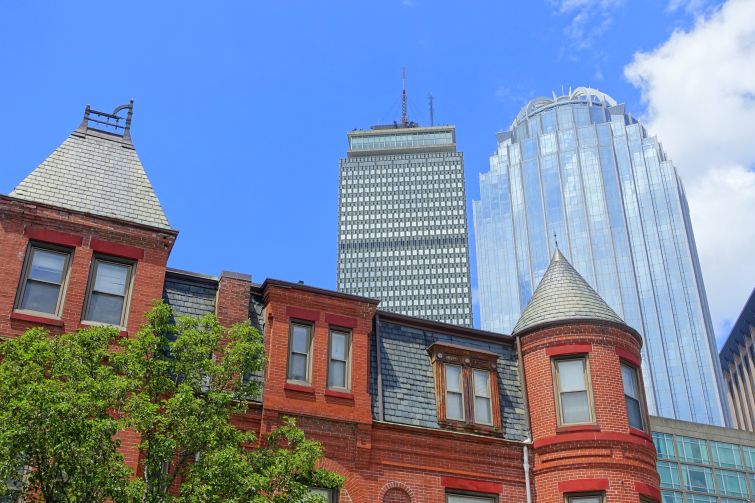 Citizens Bank is lending $53 million to fund the construction of what a developer is calling Boston’s first co-living project, the bank announced this morning.

The project, called 7INK, will be part of a development called Ink Block, centered at 300 Harrison Street in Boston’s South End neighborhood. Plans call for suites where lessees can live in groups, while sharing common rooms. Co-living is only one component of the project; the building will have 180 units total, which will also include furnished studios and one-bedroom apartments.

A spokeswoman for Citizens Bank declined to disclose additional details about the loan’s terms.

National Development, a builder based in Newton Lower Falls, Mass., is masterminding the construction, and New York City-based Ollie, which runs co-living buildings in the Big Apple and in Pittsburgh, will manage the building once it opens. Ollie offers residents free cable television and wifi, and runs social programs for building denizens led by “community managers.” Potential roommates at Ollie’s properties can use a matching service unpardonably dubbed Bedvetter.

The larger, seven-building Ink Block complex includes hundreds of rental apartments that have already opened, a Whole Foods supermarket, a coffee shop and some other casual eateries.

Citizens, based in nearby Providence, R.I., understood National Development’s vision for the project, according to Tom Alperin, president of National.

“The Citizens team has deep knowledge of the commercial real estate landscape and its close attention to detail made for a seamless and timely execution,” Alperin said in a statement.

Gary Magnuson, Citizens’ head of commercial real estate, said that the 7INK deal was an example of a construction loan that “delivers substantial value” to a development client.

At least one other company, a British import called Scape, is working on a building that aims to experiment with smaller unit sizes and a dorm-like experience in Boston. As Commercial Observer reported last year, Scape is building a new apartment building near Fenway Park originally designed as a private student dorm. But The Boston Globe said in October that Scape now plans to pitch the units, which are as small as 300 square feet, to working professionals as well.

A research report from Cushman & Wakefield released in the middle of last year found that a growing demographic of millennial renters — many of whom are encumbered by student debt that dings their finances — could theoretically support a significant boom in the co-living sector. Yet the industry remains a minor slice of the broader multifamily market.

Seven major co-living providers that the report tracked — including Ollie — had a pipeline of less than 17,000 new units. Projections for 2019 estimate that the U.S. added about 300,000 new apartments overall.

A spokeswoman for National Development didn’t immediately respond to an inquiry.