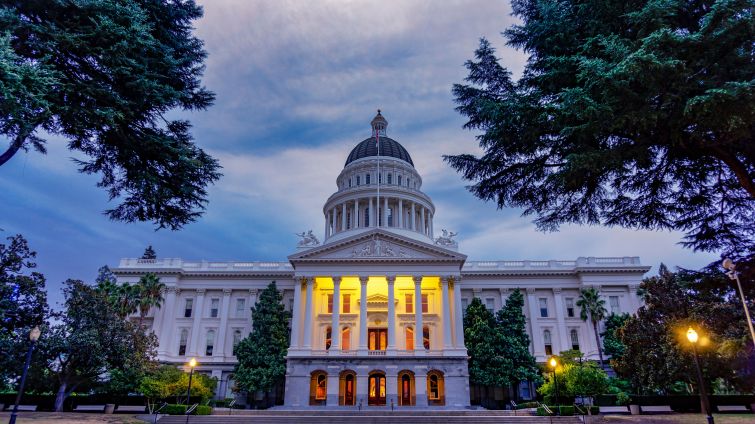 Senate Bill 50 — the contentious housing bill that would have allowed increased multifamily development throughout California — has been defeated again.

It has been one of the more prominent bills in the Legislature since its first iteration in 2018, and it made a return this month after being shelved in 2019. Supporters of SB 50 hoped it would ease the state’s persistent housing shortage and affordability crisis. But the California Senate voted 18-15, and it needed 21 votes in favor to advance.

“[Thursday’s] action is a huge missed opportunity to take a meaningful and serious step to address California’s massive and debilitating housing shortage,” said the bill’s author, Sen. Scott Wiener, in a statement.

SB 50 would have lifted restrictions against multifamily housing and allowed denser development throughout the state. It would have opened the door for more mid-rise residential developments by increasing the amount of housing allowed in residential neighborhoods and raising height limits near transit stations and job hubs. It also would have allowed four-plexes in single-family communities.

The proposal faced strong opposition from lawmakers and community groups who argued it would have taken too much power away from municipal leaders; that it would add too much density in neighborhoods that don’t want it; and that it wouldn’t have done enough to address affordability.

Similar to last year, Los Angeles City Councilman Paul Koretz introduced a resolution on Wednesday opposing SB 50. It first points out that L.A. is already incentivizing multi-family development near transit through the Transit-Oriented Communities (TOC) program, which provides bonuses for affordable housing within a half-mile of public transit stops. In April 2019, the council voted to oppose the bill because it would enact a “one-size-fits all response to the housing shortage and undermine the TOC program,” according to the resolution.

The city council was also concerned that SB 50 would compromise the integrity and character of its single-family neighborhoods, and the resolution cited concerns that the bill would not lead to enough affordable housing. SB 50 would have required developments with 11 or more units to contribute funding to affordable housing projects, or to set aside 15 percent to 25 percent of its units for low-income housing.

Advocates for affordable housing also argued that renters in low-income neighborhoods near transit could be displaced by market-rate housing development spurred by SB 50, while cities like L.A. already face that issue. Larry Gross, director of the Coalition for Economic Survival in L.A., reported in CityWatch that 1,659 rent-controlled units in L.A. were lost in 2019 through California’s Ellis Act, which allows landlords to remove rent-controlled units if they demolish the building or convert the units into condos. Approximately 26,562 rent-controlled units in L.A. have been removed through the Ellis Act since 2001.

An activist group called Livable California also continued its campaign against SB 50 this month, and called for “more responsible” legislation to deal with the housing crisis. T. Keith Gurnee — a former city council member in San Luis Obispo, Calif., and director with Livable California — said SB 50 “puts a gun to the head” of cities to get them to do what the state wants. He said he would rather lawmakers work on ways to increase production of more affordable units.

“The narrative is that cities are to blame for the problem,” Gurnee told Commercial Observer. “Cities are only to blame for following environmental laws and land use laws. … The state did nothing to correct the real issues that created the problems we have. [The California Environmental Quality Act] was approved 50 years ago, and they still never got around to reforming it to stop it from being weaponized. Those are the problems. SB 50 is solving the wrong problem.”

Koretz’s resolution also argued that SB 50 “does not address critical issues that have caused and exacerbated the housing crisis.”