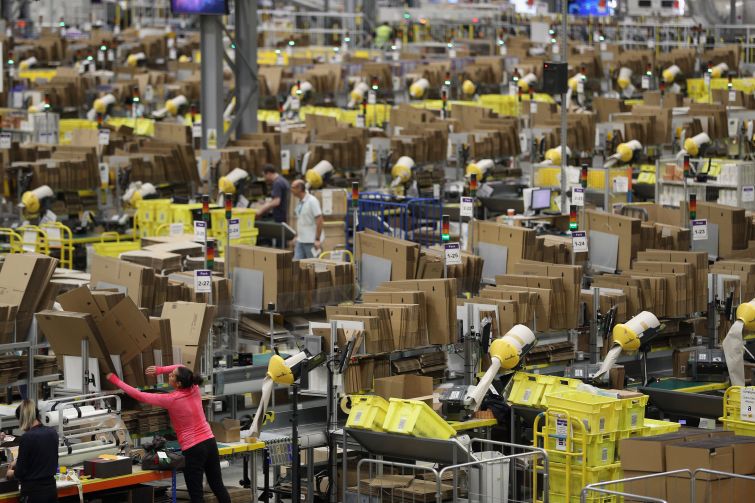 Humans and machines at work at an Amazon Fulfillment center. Photo: Getty Images

Amazon is adding a second warehouse to its Staten Island distribution center, which will now span more than a million square feet, a spokeswoman for the e-commerce giant confirmed.

“We are excited to increase our investment in Staten Island with a new delivery station to speed up delivery times for customers, and provide hundreds of job opportunities for the talented local workforce,” an Amazon spokesperson said in an emailed statement.

The company came under fire last year for reporting worker injury rates at the Staten Island facility that were three times the industry average, according to Gizmodo.

Industrial builder Matrix Development Group has also leased part of the project, which is located on Gulf Avenue near the Goethals Bridge, to Ikea. The Swedish furniture behemoth operates a 975,000-square-foot e-commerce fulfillment center in the sprawling warehouse complex.

Despite retreating from its plans to build a second headquarters in Long Island City, Queens, Amazon recently finalized a massive office lease near Hudson Yards and is reportedly planning to take space at a 700,000-square-foot warehouse in Maspeth. It also rented a last-mile distribution center in the Hunts Point section of the South Bronx last year.