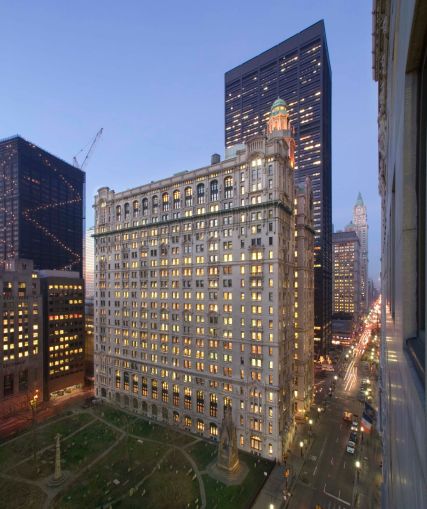 The firm will relocate from its current Soho outpost on the sixth floor of 628 Broadway in July 2020. It signed a 52,409-square-foot lease for the entire 20th through 22nd floors at 115 Broadway, located next to Trinity Church. Asking rent in the deal was $58 per square foot.

Separately, Signature Bank also inked a deal at Trinity Centre. The bank will expand from 1,800 square feet to 10,600 square feet of office space on the 9th floor of 111 Broadway.

“These new leases are a testament to ownership’s meticulous repositioning of 111-115 Broadway to achieve best-in-class status,” CBRE’s Adam Foster, who represented landlord Capital Properties in both deals, said in a statement. “In addition to their premier central location, the buildings have just benefited from the completion of a $40 million renovation, which includes new windows, a completely restored façade and the installation of a dramatic exterior LED lighting scheme.”

“We are thrilled to welcome Johannes Leonardo to the building and congratulate Signature Bank on their expansion,” said Hani Salama, an executive vice president at Capital Properties. “As both companies continue their growth, we are confident that 111-115 Broadway’s prime downtown location and recently completed building improvements will accommodate their changing needs.”