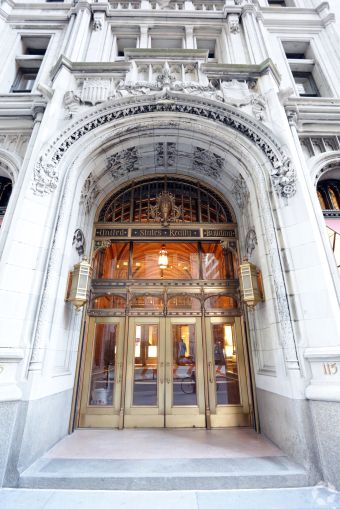 NYeC signed a deal to take 14,014 square feet at 115 Broadway, also known as 2 Trinity Centre, between Thames and Cedar Streets, according to CBRE, which brokered the deal for landlord Capital Properties.

The space had an asking rent of $55 per square foot, according to CoStar Group data.

CBRE’s Adam Foster, Brad Gerla, Adam Leshowitz and Michael Rizzo represented Capital Properties in the deal while Samantha Fishbone and Joe Speck of SquareFoot handled it for NYeC. A spokesman for SquareFoot did not immediately respond to a request for comment.

NYeC was founded in 2006 and has partnered with the New York State Department of Health to expand online health data across the state. The nonprofit has offices in Albany and at 40 Worth Street. A spokeswoman for NYeC said it will ditch the 40 Worth Street office later this year.

Trinity Centre is made up of two landmarked 22-story buildings at 115 Broadway and 111 Broadway in the Financial District that total about 1 million square feet. Other tenants at 115 Broadway include coworking giant WeWork, advertising agency Gyro and online greeting card company Paperless Post.