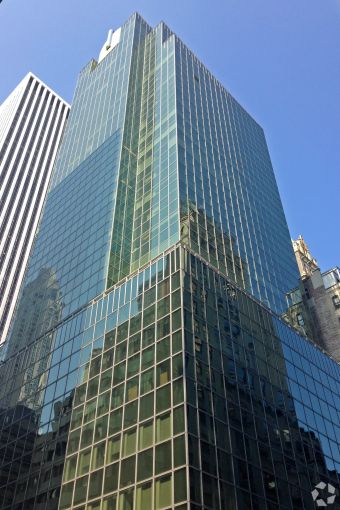 The 10-year, fixed-rate loan pays interest-only at a rate of just under 3.5 percent, according to a press release yesterday by Vornado, as well as analysis from Fitch Ratings. This fresh debt retired around $800 million in previous financing that facilitated the Vornado-led venture’s $1.3 billion purchase of the property from The Carlyle Group in the fall of 2013.

Just over $214 million of the loan balance, almost entirely comprising the loan’s junior portion, will be securitized in the MAD 2019-650M commercial mortgage-backed securities (CMBS) transaction. The note’s remaining $585.8 million senior portion will eventually be securitized in one or more future CMBS transactions, according to information from Fitch.

Vornado has a co-controlling, 20 percent stake in the asset, which was valued at $260 million in 2014, as per a U.S. Securities and Exchange Commission filing from February 2014. Oxford Properties Group, Crown Acquisitions and Highgate also hold ownership stakes in the asset, according to information from CoStar Group and rating agency analysis of the property’s ownership structure.

The 2013 purchase of 650 Madison Avenue had been the single largest deal in the U.S. since Google picked up 111 Eighth Avenue for around $1.9 billion just three years prior, as CO previously reported.

It’s almost fully leased — at 97 percent — with occupancy led by Polo Ralph Lauren, taking just under 300,000 square feet throughout several floors and the penthouse level as its global headquarters. Memorial Sloan-Kettering Cancer Center also leases just over 100,000 square feet in a deal that expires in July 2023, according to information from Fitch.