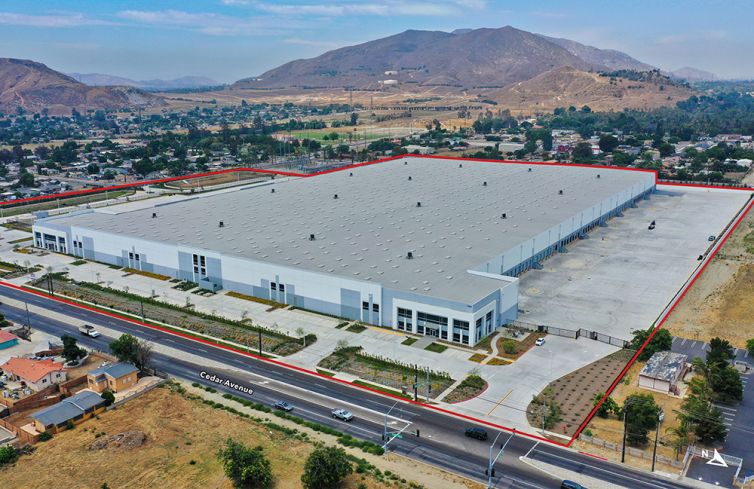 The Inland Empire in Southern California is ending the year with another major industrial trade, this time for $100.5 million.

The property is triple net leased to Newgistics, Inc., the e-commerce arm of Pitney Bowes, which creates fulfillment, shipping and returns solutions.

The property was sold by Crow Holdings Industrial, the industrial development division of Dallas-based Crow Holdings.

The move follows a similar deal that ASB made in August, when it purchased a fully leased building with 1 million square feet in the Columbia Business Park for $123.7 million from Washington Capital Management. That property is located about seven miles from the Bloomington Logistics Center.

The Inland Empire, the region east of Los Angeles County, has been the premier submarket for industrial and warehouse space in the country as e-commerce continues to expand. Prologis signed more than 1.14 million square feet of space in Inland Empire in a six-month span this year, and in September, ONUS Global Fulfillment Solutions signed to take up an entire 217,258-square-foot center owned by Prologis.

Also, White Horse Logistics, Inc. now occupies more than more than 1 million square feet in the Inland Empire region after it signed a 327,928-square-foot lease earlier this year. And Mesa West Capital provided almost $88 million to Dedeaux Properties to fund its acquisition and lease-up of another 1-million-square-foot industrial asset.

Crow Holdings Industrial is a development company that specializes in distribution, fulfillment and last mile properties throughout the U.S. ASB Real Estate Investments, a division of ASB Capital Management, LLC, is an investment management firm with more than $8 billion in gross assets under management as of September. The Washington, D.C.-based firm invests in office, multifamily, retail and industrial properties.