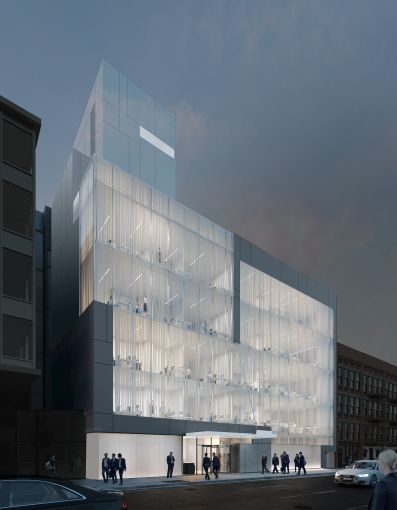 Memorial Sloan-Kettering Cancer Center plans to open an outpost in a new development on the Upper East Side, developers of the project confirmed.

The cancer treatment and research center inked a deal for 75,000 square feet at 323 East 61st Street to take the entire six-story under-construction medical office building when it opens in 2020, The New York Post first reported. MSKCC’s lease runs for 30 years and the asking rent was about $70 per square foot, a source with knowledge of the deal told Commercial Observer.

Cushman & Wakefield’s Bill Hartman represented developers William Macklowe Company and LaSalle Investment Management in the deal while C&W’s Mark Weiss brokered the deal for the tenant along with Neil Goldmacher and Howard Kessler of Newmark Knight Frank. Spokespeople for C&W and NKF did not respond to requests for comment.

In May 2018, Mackelowe and LaSalle secured a 99-year ground lease with the Redemptorist Fathers of New York to take control of the land between Second and First Avenues, which formerly housed a rectory for Our Lady of Perpetual Help, as CO previously reported. The developers demolished the four-story rectory last year and secured a $35 million loan from CIT Bank to start construction on the new medical office facility.

The deal is the second for MSKCC for a project on land previously occupied by Our Lady of Perpetual Help. In August 2017, it leased the full 110,727-square-foot under-development office building at 330 East 62nd Street for administrative offices, as CO previously reported.

It formerly housed the six-story Our Lady of Perpetual Help church, which was built in 1887 and demolished in 1998.