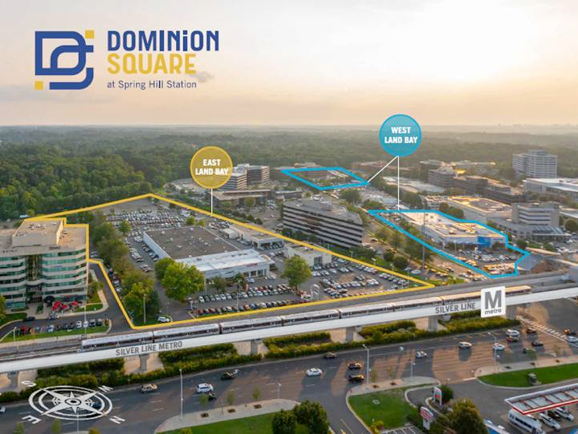 LHL Dominion Square, an affiliate of New York Algin Management, has acquired a 12-acre parcel in Tysons, Va., for $60.2 million, according to Newmark Knight Frank, which represented the seller in the deal.

“The portion that they bought was a very secure, long-term leased income stream at a newly delivered metro station at one of Washington, D.C.’s most dynamic submarkets in Tysons,” Jud Ryan, NKF’s executive managing director, told Commercial Observer. “We touted this as one of the last remaining development sites for purchase in the area.”

The site is situated on Leesburg Pike, just south of the Dulles Toll Road and next to the Spring Hill Silver Line Metro Station. Across the street from the property, CO reported that Clemente Development Company is developing The Iconic, a 600-foot tower that would eclipse the 555-foot Washington Monument as the highest structure in the greater Washington, D.C., area.

Currently, four automobile dealerships occupy the Dominion Square space, including Sheehy Infinity of Tysons and Honda of Tysons Corner, but those leases are terminable and the new owners are expected to release a development plan sometime in 2020.

“The sellers have already secured full CDP approval and as a result, the new owner knows exactly what parameters they are fully approved to work within as they design their unique vision for the future Dominion Square development,” Ryan said.