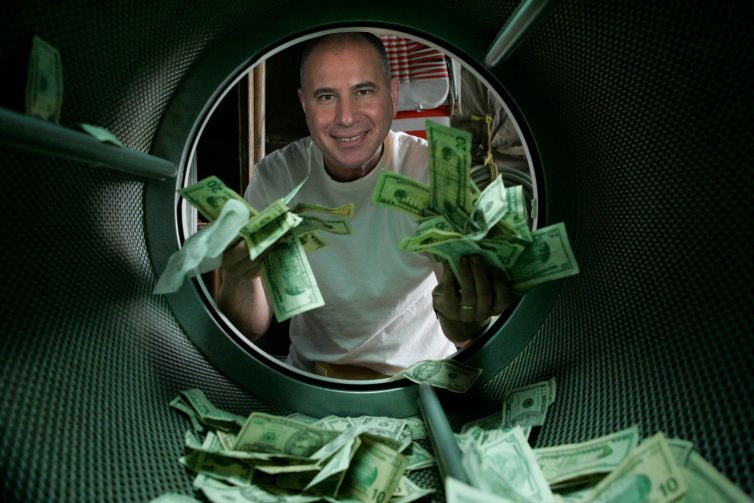 If the lenders themselves had their way, a thriller about commercial real estate debt dealings would come complete with perhaps Hollywood’s all-time greatest cast.

Chad Tredway, head of real estate banking at J.P. Morgan Chase, said that he’d cast action star Michael B. Jordan in his own shoes. The 32-year-old actor’s two biggest films, “Black Panther” and “Creed,” have pulled in a combined $1.5 billion at the box office. (Although, come to think of it, that sum amounts to merely a mildly slow month at J.P. Morgan, which put out $21 billion in commercial real estate debt in the first three quarters of the year. Go figure.)

If Natixis’ Michael Magner has his way, Ben Affleck would appear in the flick as well, although Magner, 57, readily admits that the casting would be just a tad aspirational: “He is taller, thinner and better looking than me,” Magner said of the 47-year-old “Armageddon” star, who began his acting career as a child in Magner’s home state of Massachusetts.

Mark Fogel, the CEO of ACRES Capital, is more of a television guy: He said he’d find his match in Bryan Cranston, the star of “Breaking Bad” and, before that, a popular supporting player on “Malcolm in the Middle.”

Nor would the ensemble lack for some top-notch leading ladies.

Wells Fargo’s Kara McShane isn’t picky: She’d be happy with either Sandra Bullock or Jennifer Aniston appearing in her dramatization. Bullock has made a career in action thrillers like “Speed” and “Gravity,” whereas Aniston was catapulted to global renown by her role on “Friends” and is now playing a less girl-next-door character as news anchor Alex Levy in the Apple TV series “Morning Show.” But neither actress, it seems, has ever taken on a major biopic.

Brookfield’s Andrea Balkan would snag Mariska Hargitay’s headshot from the casting pile if given her druthers — if Hargitay can find the time. Since she took on the role 20 years ago, Hargitay has starred in more than 450 episodes of “Law & Order: Special Victims Unit.”

Mere fame isn’t sufficient to portray TPG’s Greta Guggenheim, Bank of China’s Anthony Wong or U.S. Bank’s Jason Park, however: The trio insisted upon casting Academy Award winners to say their lines. Guggenheim went with Cate Blanchett, who’s pulled in Oscars for “Blue Jasmine” and “The Aviator.” Wong’s on-screen double is Anthony Hopkins, who landed a Best Actor award in 1992 for his classic role in “Silence of the Lambs” (one wonders if Wong, too, washes his dinner down with “a nice Chianti”), and Park thinks Al Pacino could pull off a good likeness. The 79-year-old scene-stealer won his Oscar for 1993’s “Scent of a Woman.” (Bullock, McShane’s choice, also picked up an Academy Award for “The Blind Side” in 2009.)

Not to cast doubt on the odds that any of these scintillating biopics would be green-lit by a studio. But perhaps Josh Zegen, the founder of Madison Realty Capital, has the best chance of getting a star to agree to take on his project. He can simply turn to his brother, Michael Zegen, who has become a legitimate Hollywood mainstay. Zegen’s brother, four years the junior of the MRC exec, has reached audiences alongside Adam Driver in “Frances Ha,” and more recently with a leading role on TV’s “The Marvelous Mrs. Maisel.”