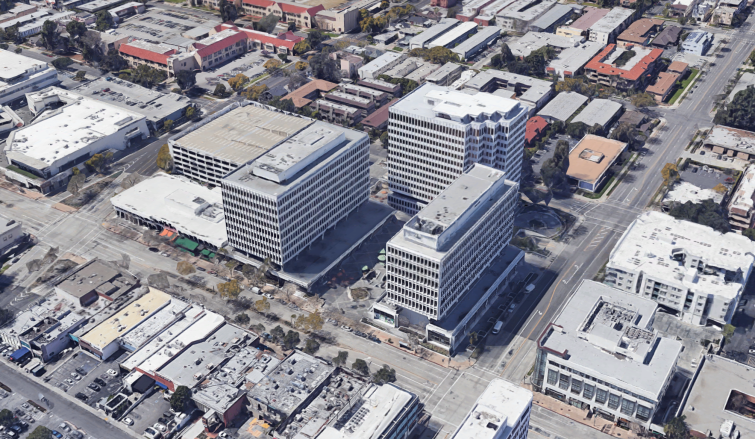 Workplace provider Industrious has announced another agreement with property owner Coretrust Capital Partners for a new coworking location in Pasadena, Calif., on the heels of a similar deal in July.

The company will take approximately 29,000 square feet at Corporate Center Pasadena — the largest office campus in Pasadena occupying a full six-acre city block with more than 640,000 square feet of commercial space. The four-building campus is located at 201, 225, 251 and 283 South Lake Avenue.

The terms of the agreement were not disclosed. Property records show Coretrust purchased the property for $254 million in May 2018. The firm then started a $90 million renovation. The complex comprises more than 600,000 square feet of office space, more than 40,000 square feet of tenant amenity retail, a 60,000-square-foot plaza and more than 2,000 parking spaces.

The Industrious space will feature shared workplaces and private offices for teams of various sizes.

“Industrious has been in Downtown Los Angeles since 2016 and we’ve seen strong demand from our existing members for locations in surrounding business centers like Pasadena,” said Mark Hamblin, regional manager at Industrious.

The agreement was a direct deal between Industrious and Coretrust Capital Partners, with no brokers involved.

It will be the second Industrious location in Pasadena after the company previously announced plans to open at One Colorado in the third quarter of 2020. That agreement with ShopCore Properties includes 27,000 square feet within a 244,633-square-foot retail and entertainment complex.

Industrious’ two Pasadena locations will be located a little over a mile away from each other.

It’s also the third Industrious location in partnership with Coretrust, a Los Angeles-based private real estate operating company formed in 2014 by three original partners of Thomas Properties Group. The two firms previously partnered on 22,275 square feet at 444 South Flower Street in Downtown Los Angeles, as well as Two Liberty Plaza in Philadelphia, which is set to open at the start of 2020.

Industrious was founded in 2013 and it currently has over 85 locations across more than 45 U.S. cities. Earlier this year, Industrious acquired TechSpace, which provides office space for tech-based companies, and seven of its properties, including four in California.