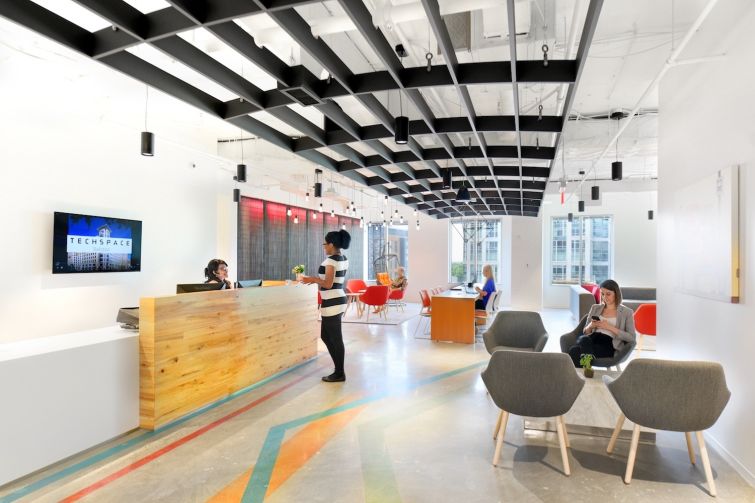 Industrious has acquired TechSpace, an office-space provider for tech-related companies with locations in California, New York City, Texas and Virginia for an undisclosed amount in a deal that closed yesterday, according to a company release. The acquisition will add seven new locations to the Industrious portfolio.

“Acquiring TechSpace was a strategic move for Industrious,” Jamie Hodari, CEO and cofounder of Industrious, said in a statement. “It’s a high-performing flexible workspace provider that allows us to quickly and strategically expand our portfolio in key markets. Consolidation is going to accelerate as our industry matures, and Industrious will continue to evaluate additional opportunities as they arise.”

Both companies were self-represented.

As part of the acquisition, Industrious will take over former TechSpace branches at 1100 Glendon Avenue in the Westwood area of Los Angeles; 41 East 11th Street in New York City; 4075 Wilson Boulevard in Arlington, Va.; two new locations in Orange County in Southern California; one in the Union Square area of San Francisco; and two Texas outposts, one in Austin and another in Houston.

“When we started evaluating potential buyers of TechSpace, Industrious immediately stood out,” Vic Memenas, the CEO of TechSpace said in the release, about his decision to sell the 20-year-old firm to Industrious. “Our shared values and alignment on providing a quality workplace experience made us feel comfortable that our members would be in good hands as we enter this next phase.”

For now, the properties will continue to operate as TechSpace with all employees of the acquired firm staying on, aside from Memenas and CFO Joanne Owyang, according to the Industrious spokeswoman.

A call to TechSpace for further details and comment went unreturned as of publication.

This is the second coworking acquisition for Industrious, which currently has 65 locations across 40 U.S. cities. The company previously acquired Chicago-based coworking company Assemble, with three locations in the Windy City, for an undisclosed sum in August 2018. That acquisition doubled the coworking firm’s footprint in the city with new offices in the Gold Coast, Wicker Park and West Loop neighborhoods.