Industrious Partners With Coretrust Capital for Next DTLA Branch 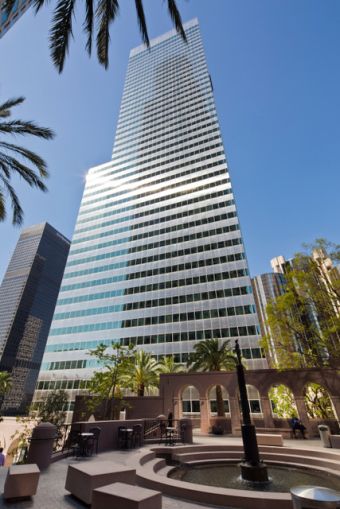 Industrious has signed a partnership agreement with Coretrust Capital Partners to take 22,275 square feet of formerly vacant space—the entire 13th floor—at the 48-story Citigroup Center at 444 South Flower Street, according to a release from the coworking company.

The expansion was rumored to be in the works late last year, as Commercial Observer previously reported. The new branch, to be known as Industrious LA-Financial District, will include traditional work spaces and private offices for up to 20-member teams and is expected to open this spring. Both Industrious and Coretrust declined to provide details about the lease terms.

“Industrious L.A. Financial District is not only an ideal location, centrally located in Downtown L.A., but it’s also set within a trophy property with standout building amenities,” Katharine Lau, the senior director of real estate at Industrious, said in the release.

Retail tenants at the property, which Coretrust purchased for $336 million in 2016 through its Coretrust Value Fund 1, include an Equinox fitness club, a Citibank, restaurants and retailers as well as an elevated skybridge connecting it to the Westin Bonaventure Hotel.  Office tenants at the Citigroup Center include Morgan Stanley, Bank of China and A.C. Martin.

“Industrious is the ideal coworking group to be part of our transformation of 444 South Flower into a vibrant and collaborative working environment for all generations of office users,” Spike Whitney, a vice president at Coretrust Capital Partners, said in the statement.

“L.A. is a huge market with many unique submarkets, and we have witnessed great demand for flexible workspace throughout the metro area. We’re expanding our network in order to best serve diverse and demanding users among different industries, finance, entertainment, tech and others,” Lau added in the statement.

Industrious operates several locations in Southern California, with upcoming locations in the Playa District and Downtown Glendale in partnership with Granite Properties, which CO reported on, both set to open in 2019.