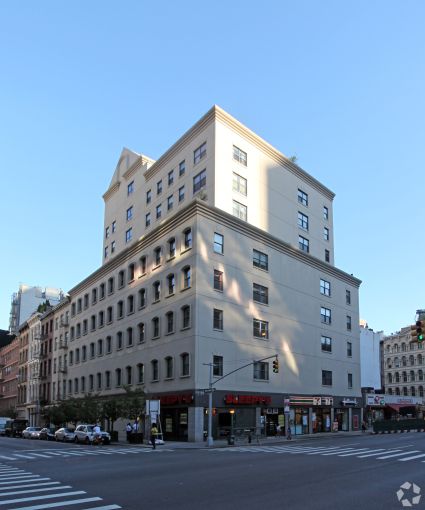 Although New York City has lost a significant percentage of its drug stores over the past decade, some major pharmacy retailers are still opening new locations. CVS, for example, has just nailed down a 12,000-square-foot lease at 140 Church Street in Tribeca, Commercial Observer has learned.

The Rhode Island-based corporation signed a 15-year lease for 8,724 square feet on the ground floor and 3,230 square feet in the basement of the building at the corner of Warren and Church Streets, according to brokers at Ripco Real Estate. Asking rent in the deal wasn’t disclosed.

The drug store will replace a Mattress Firm and 7-Eleven. It will open next year in the base of the 24-unit, 10-story condominium building that was converted to apartments in 2001.

“The opening of CVS within a large, conveniently located space will bring a national legacy brand to the neighborhood,” Mandell said in a statement. This will be CVS’ second new store in the area, after the pharmacy opened an outpost two blocks away at 255 Greenwich Street.

For the past few decades, New Yorkers have lamented the fact that drug stores were taking over more and more retail spaces.

CVS, on the other hand, added 10 stores in 2018, for a citywide total of 159 locations, the nonprofit think tank Center for Urban Future found. The brand has expanded in the Big Apple as both Duane Reade and Rite Aid have gradually shrunk their footprints and sold off stores over the past five years. Since 2014, CVS has added 21 stores in New York City, while the store count for Duane Reade and Walgreens has declined by 55, CUF’s 2018 “State of the Chains” report shows. Rite Aid has lost 22 stores over the same period.

Gothamist recently mourned the closure of Duane Reade stores, 16 of which have been shuttered in New York City this year, the local blog reported. But Walgreens, its parent company, has continued to open new locations across the five boroughs, for a total of 263 stores citywide in 2018, according to CUF. The openings and closures amounted to a net growth of three stores last year in New York City for Walgreens and Duane Reade, which CUF counted together.