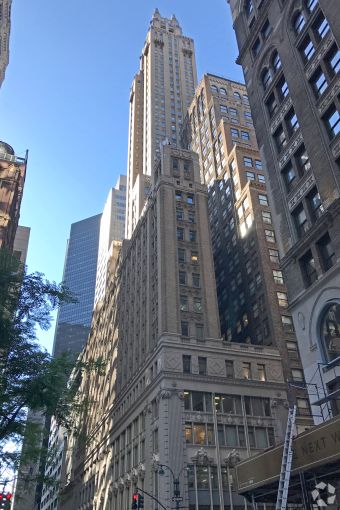 BCM One, a managed IT service provider, inked a deal to move its offices three blocks away to 295 Madison Avenue near Grand Central Terminal, Commercial Observer has learned.

The company signed a 10-year lease for 15,875 square feet on the entire fifth floor of the 47-story tower between East 40th and East 41st Streets, according to tenant brokers Colliers International.

BCM One — which was founded in 1992 — currently has space at 521 Fifth Avenue between East 43rd and East 44th Streets and plans to move into its new digs in the first quarter of next year, Colliers said.

Colliers’ Cryder Bancroft and Josh Goldsmith represented BCM One in the deal while William Fressle, Drew Braver, Eric Hazen, Anthony Cugini and Peter Kerans of Cushman & Wakefield handled it for the landlord, The Eretz Group. A spokesman for C&W declined to comment.

“We were thrilled to help BCM One align its business initiatives with a comprehensive real estate strategy,” Bancroft said in a statement. “With unparalleled access to transportation, a major requirement for our client, the Grand Central submarket remains a desirable location for any business.”