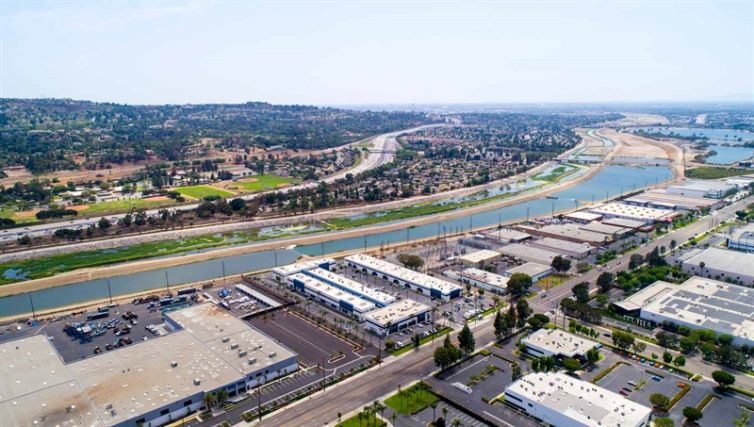 The firm acquired the 154,627-square-foot industrial and office campus from Seligman Group, according to Cushman & Wakefield, which brokered the transaction. The property is currently 83 percent leased to a diverse group of tenants in construction, engineering, design, advertising, insurance, health care, equipment, consulting and management. According to property records, recent tenants include a cannabis products retailer called House of Cbd Corp., Elite Data Solutions, and Zesthetic Dental Lab.

The five-building campus was built in 1988 at 5100-5150 East La Palma Avenue. The buildings range in size from 19,000 to 49,000 square feet, and accommodate tenants from 700 square feet as they grow and expand within the park, which encompasses more than six acres and is situated approximately one mile east of the 91 and the 55 Freeway interchange in the Anaheim Canyon area.

Market fundamentals remain strong in the Anaheim industrial market, with a vacancy rate of 0.9 percent as of the third quarter of 2019, according to Cushman & Wakefield’s research. The sale of Anaheim Hills Business Center ranks as the second-largest industrial transaction so far in the fourth quarter this year.

The Seligman Group was founded in 1954 by Irving R. Seligman. In the late 1990s, the firm started investing in California properties, and in 1999, it acquired 16 multifamily properties in Greater Los Angeles.

Its current portfolio includes 11 multifamily properties with more than 800 units clustered near one another in the Koreatown and Greater Wilshire areas of Los Angeles. The properties include the Piccadilly Apartments at 682 Irolo Street; the Sir Francis Drake at 841 South Serrano Avenue; St. Andrews Manor at 516 South St. Andrews Place; the Dubarry at 3471 West 5th Street; the Gramercy Towers at 160 South Gramercy Place; the Serrano Tower Apartments at 511 South Serrano Avenue; and the Fontenoy Apartments at 1811 North Whitley Avenue, according to its website.