The Plan: 1155 Avenue of the Americas Gets a Penthouse 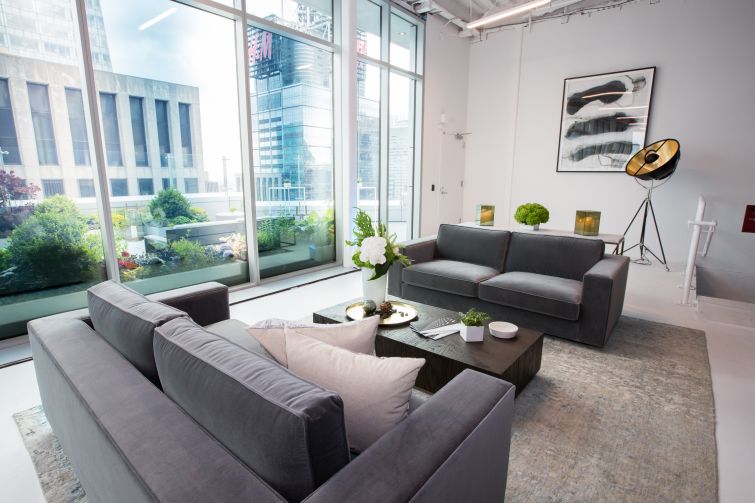 When White & Case vacated more than half of 1155 Avenue of the Americas two years ago, Durst undertook a $130 million renovation that included the addition of a new office penthouse. Photo: Michael Priest 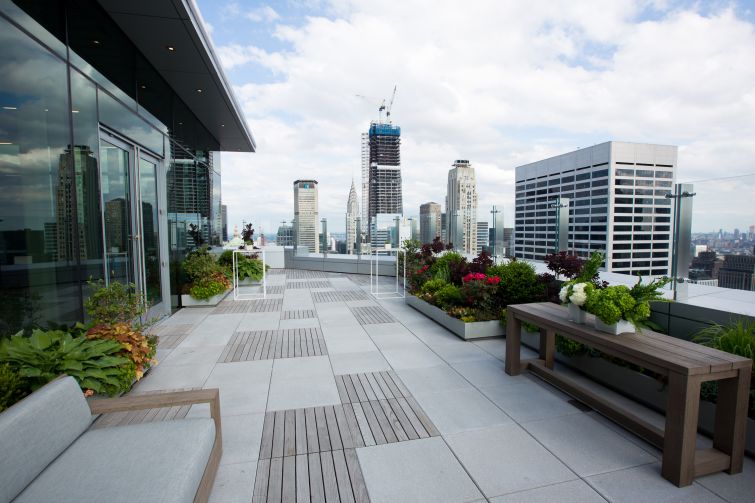 Durst hopes to rent the new penthouse, which comes with a 4,000-square-foot wraparound terrace, to a tenant who will commit to at least 90,000 square feet. Rebecca Baird-Remba 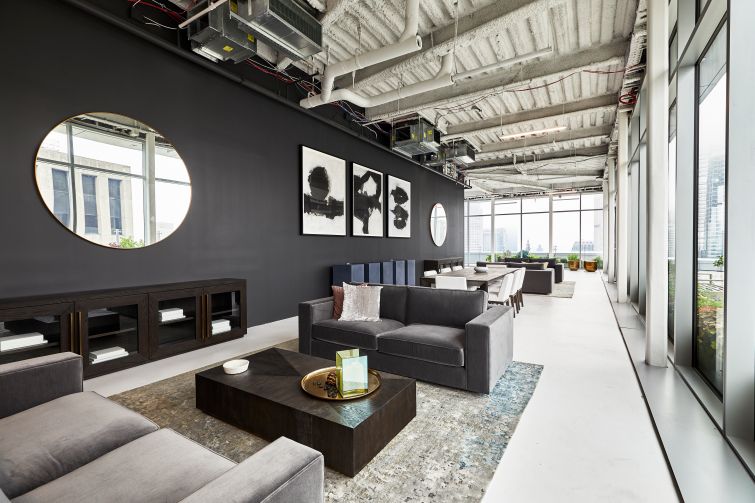 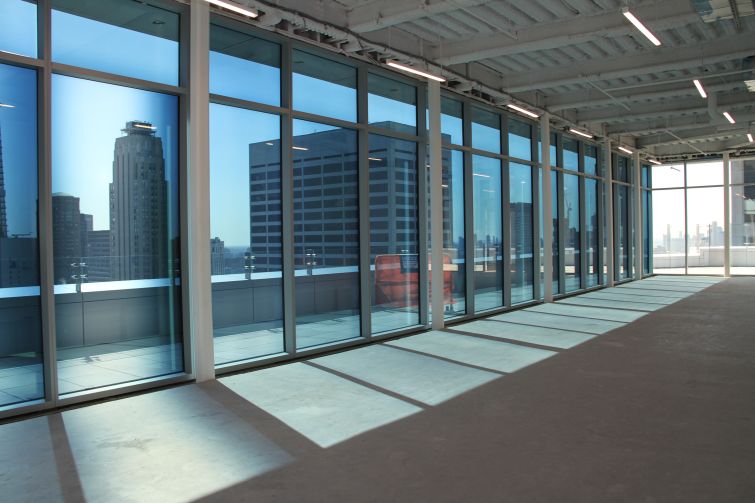 The new space also has special "View" smart windows that automatically tint based on how bright the sun is outside. Photo: Quinn Therriault 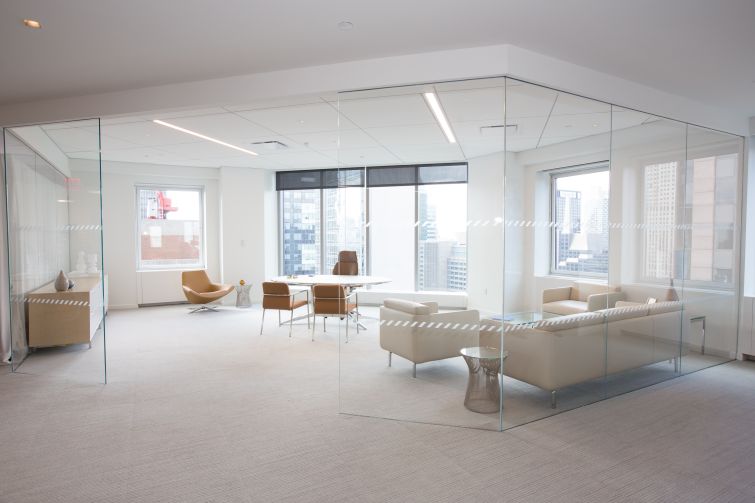 As part of its efforts to fill nearly 600,000 square feet, Durst built out a new marketing center with mid-century-modern furniture. Photo: Michael Priest 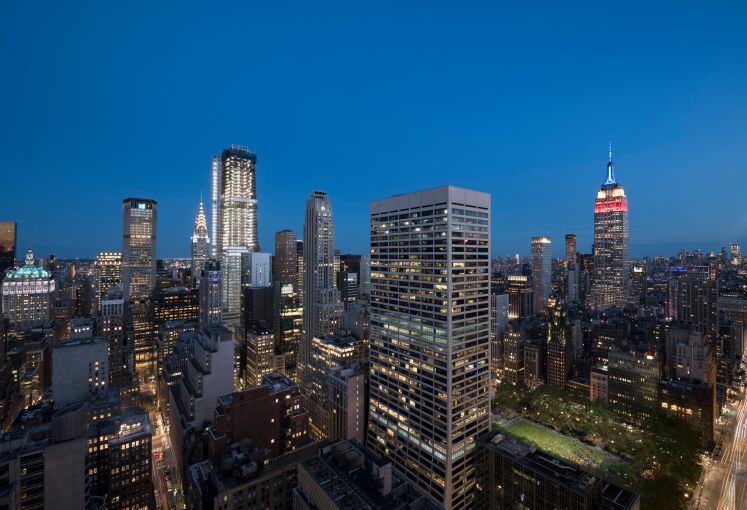 When law firm White & Case decided to leave 460,000 square feet at 1155 Avenue of the Americas two years ago, the Durst Organization was faced with a conundrum: More than half of the 790,000-square-foot building would be vacant, and the monolithic 1980s office tower desperately needed to be renovated.

They made the decision to undertake a $130 million renovation, which encompassed a new entrance, plaza and lobby, destination dispatch elevators, a new energy-efficient curtain wall facade, and a new heating and cooling system.

“There’s a scene in the original ‘Wall Street’ where Michael Douglas walks out of the front of 1155 clutching a cell phone the size of a shoebox, because it so epitomized the mid-’80s aesthetic,” said Durst spokesman Jordan Barowitz during a recent tour of the building.

Tom Bow, Durst’s head of leasing, noted that the property’s original windows were so darkly tinted that “if a light was on at night you couldn’t even see it.”

As part of the renovation, Durst built out a very white marketing center with mid-century modern, white couches and brown leather Eames chairs (which has hosted many real estate events as well as the TV show “Billions”).

It also spent $20 million building an office penthouse on the 41st floor. The two-floor space has 13-foot-high ceilings, 8,000 square feet of column free space and a 4,000-square-foot wraparound terrace. Although the terrace has been staged with plantings and flowers, a tenant could landscape the outdoor area however they wished. The penthouse also has floor-to-ceiling windows made of “View” glass, which automatically tints according to how bright the sun is shining.

Durst has 300,000 square feet to fill in the building, where asking rents range from $85 per square foot in the lower floors, $115 for the top floors and $150 per square foot for the penthouse.

The landlord is hoping to attract tenants like law firms and finance companies, the longtime occupants of Midtown’s priciest office corridors. Nevertheless, Durst’s leasing execs argue that Sixth Avenue has been revitalized over the past few years.

“This is really not your father’s Sixth Avenue,” said Bow. “Sixth Avenue has really had a great revitalization. We look at our buildings as being part of lower Sixth Avenue and tied to Bryant Park. We even closed our sixth avenue entrance and oriented it toward Bryant Park.”