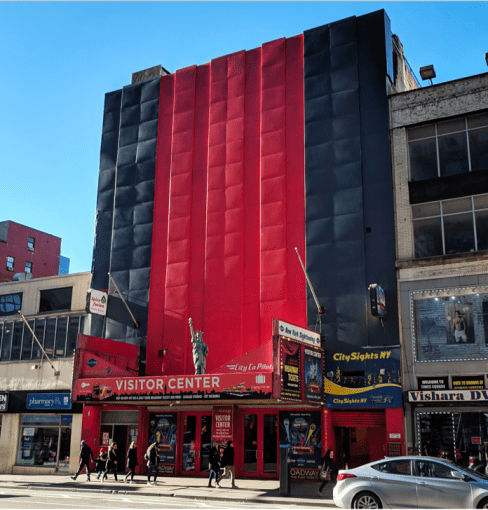 Five months after announcing his retirement, hotel developer Sam Chang has closed on yet another development site in Midtown, at 777 Eighth Avenue, Commercial Observer can first report.

Chang’s McSam Hotel Group negotiated a 99-year leasehold for the lot between West 47th and West 48th Streets, currently home to a visitor center for Gray Line New York tours, according to Lee & Associates NYC. Asking rent for the property was $1.4 million a year. The owners are the Schwartz family, which has controlled the site since the 1960s.

Chang plans to build a 200-key hotel on the site, according to information from Lee. The developer didn’t return a request for comment.

Tapper said in a statement that the site was “ideally situated for hotel use, with numerous shopping, dining, and theater options within walking distance” with Times Square a block away.

This is in fact Chang’s second deal of the week, following the purchase of another future hotel site nearby. He picked up a vacant lot at 150 West 48th Street for $140 million from Rockefeller Group, according to Crain’s New York Business. The prolific hotel developer is also working on projects at 292 Fifth Avenue and 223 West 46th Street. And he recently sold off 338 West 36th Street, one of his many hotels in the Garment District, for $274 million, as CO reported.

Back in May, Chang told The Wall Street Journal that he was going to wind down his hotel development business to focus on pigeon racing. But he doesn’t seem to be slowing down, even as Mayor Bill de Blasio’s administration mulls a citywide hotel permit, which could significantly curtail Chang’s business.