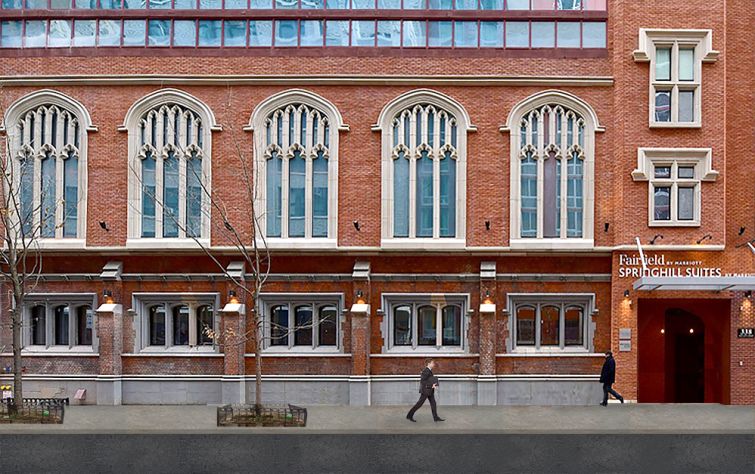 The two parties went into contract for the hotel in January for the 28-story property at 338 West 36th Street and closed the deal earlier this month, according to property records made public today.

The 576-key hotel will operate under two separate Marriott flags, with a 286-key Marriott Fairfield Inn & Suites and a 280-key Marriott SpringHill Suites. Construction of the hotel was completed early this year, a spokeswoman for the architect, Gene Kaufman, confirmed.

Chang’s McSam Hotel Group bought the property for $50.8 million in 2014, and Bank of the Ozarks financed the construction, as CO reported at the time. In January 2018, Chang refinanced the property with a $185 million loan package from Deutsche Bank.

The Rhode Island-based Magna has transacted with Chang on a number of occasions. In 2018, Magna bought a McSam hotel development site at 140 West 24th Street for $113 million, where Chang had planned a 45-story, 526-key hotel.

Chang has several hotels under development, including a 542-key hotel at 144-02 35th Street near John F. Kennedy Airport, which will include a Marriott Hotel and a Residence Inn in the same building, and the Hyatt Place Hotel at 350 West 39th Street, which is currently under construction, as CO has previously reported.