Sam Chang Looks to Build His ‘Most Expensive Hotel’ Yet 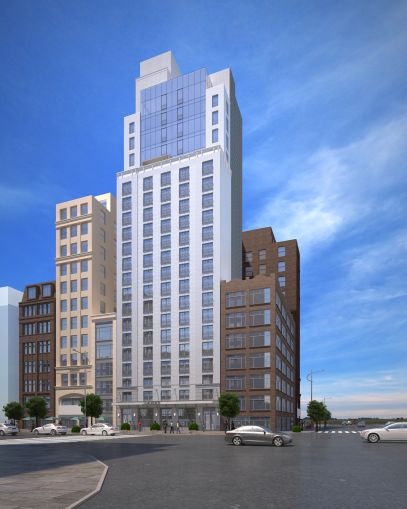 Sam Chang of McSam Hotel Group is planning to build “the most expensive hotel [he’s] ever built in [his] whole life,” the hotel developer told Commercial Observer.

He is finalizing details on an agreement with Le Méridien for his hotel at 292 Fifth Avenue between West 30th and West 31st Streets. Chang said he received a commitment from the upscale hotel brand abut six months ago and hopes to finalize a deal in 30 days. Unlike the bulk of Chang’s properties, this one would be full-service, he said.

The Gene Kaufman-designed hotel will span 182 rooms over 21 stories with a “fancy restaurant” on the ground floor, Chang said. Construction has reached the roof, he noted, with the hotel slated to open in about a year. “It is a higher-end hotel for a higher-end location,” Kaufman said, adding, “We have a bigger budget for facade and for interior finishes than the other projects.”

Chang bought the site for $42.5 million in April 2017, as CO previously reported. He got a $26 million acquisition loan from Goldman Sachs, according to property records. The hotelier secured a $76 million construction loan from S3 Capital Partners for the hotel last October, per The Real Deal.

This property is good for a four- or four-and-a-half-star hotel, Chang said, as the location is more prominent than many of his others and “the land cost is too high,” to do otherwise.