BMW Stays Put in 227K SF on the Far West Side 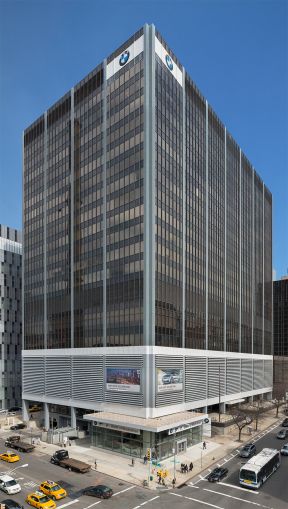 The German carmaker re-upped its 227,000-square-foot footprint at the Far West Side tower between Tenth and Eleventh Avenues. Asking rent in the 10-year lease was $65 per square foot, according to a source familiar with the deal. The Munich-based company will continue to occupy the entire second, third and fourth floors and portions of the ground and concourse levels.

The 20-story building is also home to CBS Broadcasting, the City University of New York, Greater New York Hospital Association and Mount Sinai/Beth Israel Hospital. Formerly known as the Ford Motors Building, the structure was built in 1973 and designed by Eggers & Higgins.

“The building proudly displays the BMW logo atop its roof, indicating the importance of their brand to the Manhattan market and to SL Green,” Steven Durels, director of leasing at SL Green, said in prepared remarks.