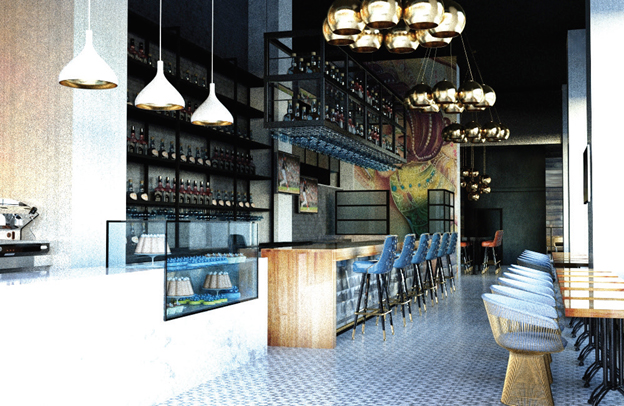 The restaurant group behind Famous Dave’s BBQ and Sammy’s House of BBQ will be bringing their next concept to the Crowne Plaza near Times Square.

The BenMoha Restaurant Group, headed by father and son duo Sammy and Jacob BenMoha, will open The Harrison at the 46-story building at 1601 Broadway, between West 48th and West 49th Streets. The restaurant will occupy 6,400 square feet across the ground floor, mezzanine and lower level.

Marc Leber of Newmark Knight Frank represented the BenMoha’s in the lease transaction. The landlord, Vornado Realty Trust, was represented in-house by Ed Hogan and Jason Morrison. The lease term is 17 years, according to an NKF spokesperson.

Jacob and Sammy BenMoha are longtime New York restaurateurs who have previously specialized in deli and barbecue. This time, the restaurant will take its inspiration from the location of the building.

The hotel is located in the heart of the theater district, across from the Brill Building, formerly the home of the storied Colony Records.

“The theme of The Harrison will be influenced by the music that was created both in the Brill Building and in the buildings in the surrounding area,” Sammy BenMoha said in a prepared statement. “The décor and the music that will be heard in the restaurant will be from that historic era of the music business.”

The restaurant will offer after-theater options in addition to breakfast, lunch, and dinner options, along with a full-service bar.