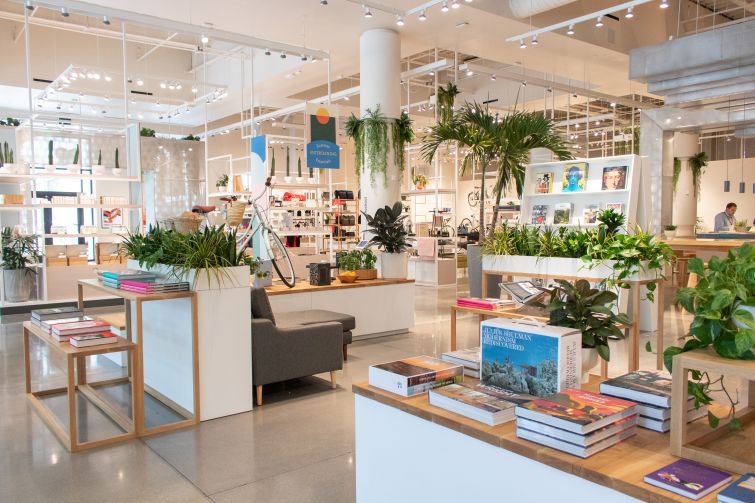 The Dallas-based startup Neighborhood Goods, a retail store that features a rotating roster of digital brands, has raised $11 million in Series A funding and is plotting to open its first New York City location in Chelsea Market.

The company, which features direct-to-consumer brands like Dollar Shave Club, Rothy’s and Stadium Goods, is using the funding to open its Chelsea Market location in the Meatpacking District this fall, according to Neighborhood Goods co-founder Matt Alexander. It’s also planning to open an Austin, Texas, location next year on the city’s South Congress retail corridor, and is working on developing a proprietary tech platform.

The retailer joins a handful of operators experimenting with new variations on the department store concept, where traditional merchandise has been replaced by a rotating cast of digital brands, as Commercial Observer reported. They include Showfields at 11 Bond Street in Noho as well as Naked Retail Group at 11 Howard Street in Soho.

The openings will mark an expansion from the startup’s first location, an airy, 14,000-square-foot space in Plano, Texas, which opened nine months ago. The location in a tertiary market was initially seen as a disadvantage when speaking with investors, according to Neighborhood Goods co-founder Matt Alexander.

“I used to pre-apologize, I would sort of back into it,” he said, “But it proved to be the most popular point.” It turned out that while direct-to-consumer brands tend to showcase in markets like New York, L.A. and San Francisco, “VCs want to know how they’ll do in suburban, or middle American markets.”

The Plano store features over 40 brands along with a restaurant and places for customers to hang out. Depending on the brand’s goals — piloting a new product, testing offline sales, customer acquisition — the products can spend anywhere from a weekend to 12 months on the shelves, Alexander said.

The relationship with each brand is different; some pay a fixed fee, or a percentage of sales, or a combination, he said.

The focus of the New York store will be different. “In Chelsea, it’s going to be more about testing product, customer acquisition and generating sales,” Alexander said, as opposed to merchandising. The location is a draw for new and incumbent brands who want to do a pop-up or brand activation in one of the city’s retail hotspots. “[Meatpacking] doesn’t have the same amount of vacancy as in Soho, so not that many brands are doing pop-ups there,” he said.

A key part of Neighborhood Goods’ strategy is providing their clients with ample data — on traffic, demographics, inventory, and sales — and a platform through which to digest it. “They’ve all recognized the utility of physical retail, and now it’s a question of, if they’re going to invest heavily in it, what [are they] going to get out of it?” Alexander said.

Neighborhood Goods has raised a total of $25.5 million, and the latest financing round was led by repeat investor Global Founders Capital, with participation from other repeat investors including Forerunner Ventures, NextGen Venture Partners, and tennis champion Serena Williams’ fund Serena Ventures. (Last December, Williams debuted a size-inclusive line from her “Serena” brand, at the Plano store.)