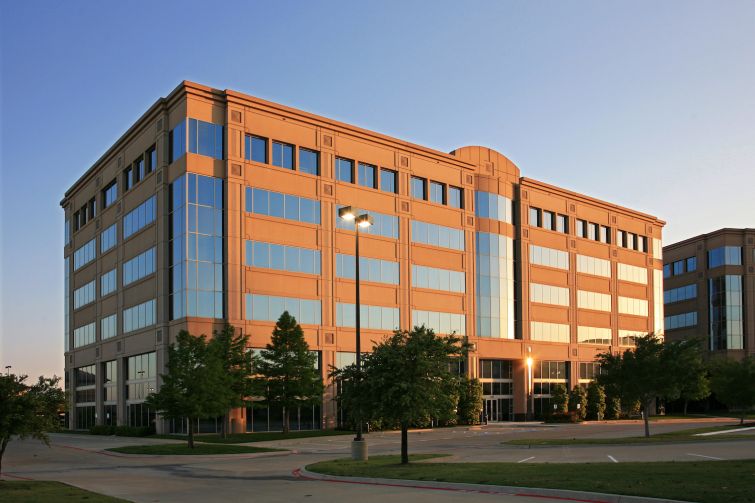 The five-year, non-recourse loan covered the purchase of the two-building office property and will partly fund capital improvements planned for the development, also helping stabilize the assets thereafter.

The borrower bought the two, six-story buildings, which are a combined 300,000 square feet and sit on just over 15 acres, this month for an undisclosed price. The seller could not immediately be gleaned.

The purchase was made via an Equus-managed fund called Equus Investment Partnership XI, a fully discretionary value-add equity fund that was established in July 2018.

Equus’ new office campus will be rebranded as Legacy Place East and West, according to information from Mesa West.

“In an extremely competitive market in which we’ve seen a flattening yield curve and compressed margins, we continue to see deal flow based on our ability to move quickly, leverage key relationships and offer certainty of execution,” Mesa West principal Ronnie Gul said in a prepared statement.

Built in 1998 and 1999, the two, identical six-story properties sport, on average, floor plates that are just under 27,000 square feet, Equus information shows. The cores of the buildings—at 5700 and 5800 Tennyson Parkway in Plano—allow for a single or multi-tenant layout, the firm said. The site includes two, two-story parking garages as well as surface parking, combining for a ratio of 4.3 parking spaces per 1,000 square feet.  The two buildings were just under 88 percent occupied at the time the deal was closed.

“Legacy Place I and II are high quality physical assets that will be significantly improved with the sponsor’s capital plan,” Mesa West vice president Brian Hirsh, who originated the debt out of the firm’s Chicago office, said in prepared remarks. “This building modernization program will allow these buildings to directly compete with other Class A offerings in Legacy, a submarket that has been experiencing robust tenant demand.”

The site sits within Plano’s Legacy Town Center, an “amenity rich” mixed-use park that includes The Shops at Legacy and Legacy West, according to a press release from Equus; the two areas feature over 600,000 square feet of retail, more than 3,000 apartment units, five hotels and over six million square feet of office space.

Renovations to Legacy Place East and West will include an overhaul of the building’s lobbies and common areas, including the outdoor patio, upgrades to the elevators, new HVAC systems and the addition of “hospitality-style” amenities; that work will entail an upgraded fitness center and an expansion and renovation of the tenant lounge.

“The acquisition of Legacy Place East and West provides the opportunity to expand our investment holdings in the vibrant and rapidly growing Legacy market,” Equus vice president and director of investments, Kyle Turner, said in a prepared statement at the time his firm announced the purchase. “The property has historically been institutionally owned and well maintained and offers a best-in-class asset poised for repositioning to meet the current tenant demand. Following a significant capital renovation targeting amenity enhancements, user functionality and operational efficiencies, [it] will be positioned as a top-tier asset in one of the best performing micro-markets in the country.”

Turner, with associate Scott Miller and analyst Phil Vecchiolli oversaw the acquisition, which is its second in Plano in the last nine months. Equus’ Turner did not immediately respond to an inquiry.

Equus bought Gateway at Legacy, an eight-story, 207,834-square-foot office building located nearby Legacy Place East and West, in December 2018; the firm is still in the middle of a $3.4 million capital expenditure campaign for the building, which includes a “hospitality-style” lobby and amenities, including a boutique fitness center, a conference center and an upgraded outdoor lounge area, among a few other improvements. Gateway at Legacy is 85 percent leased, a remarkable jump from just 40 percent at the time of the purchase.

As for Mesa West, it’s had a hot last three months, originating around $823 million. Since June, the shop has doled out more than $820 million in first mortgage debt on a myriad of asset types, with loans reaching up to $155 million, according to the firm.