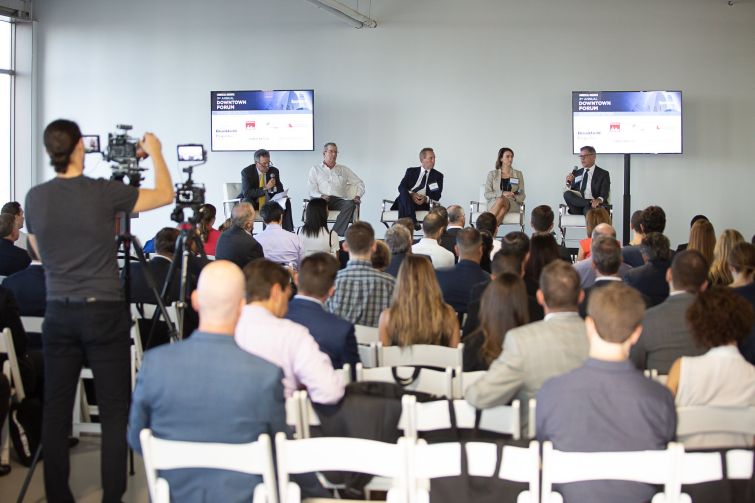 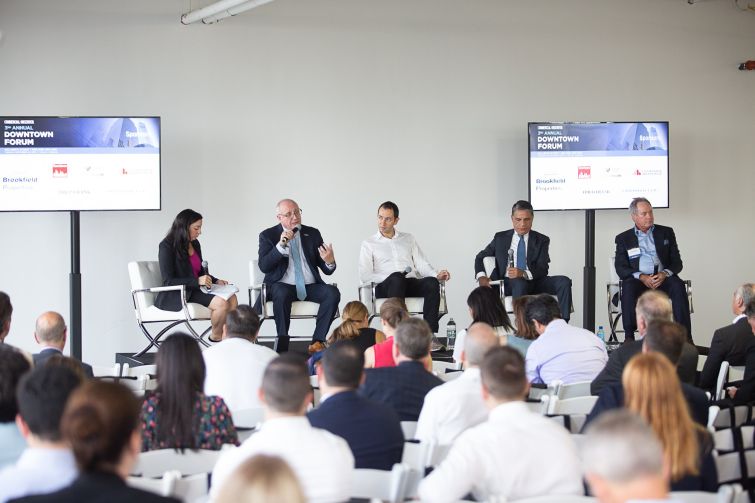 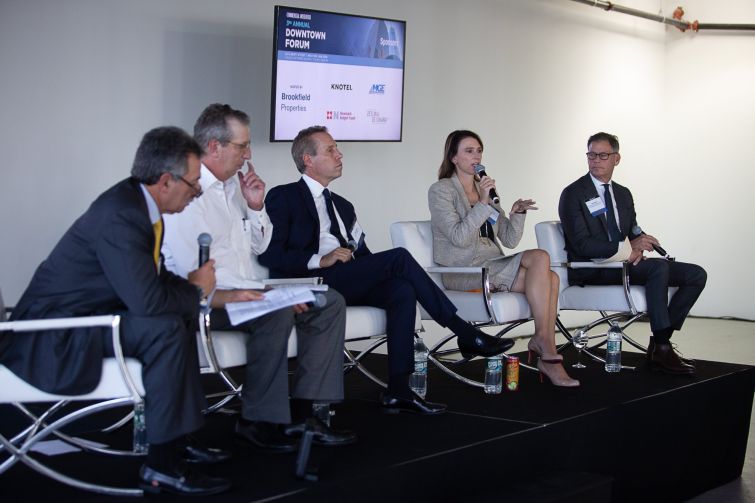 Although the group agreed Lower Manhattan had excellent subway and PATH access, they noted that building a direct train to Newark Airport would put New York City on par with other international destinations in terms of rail access to airports. Lappin said that if the Port Authority allocated the money, it could potentially break ground on the new line in the next couple years and finish the construction in a decade. Currently, travelers who want to make it to Newark Airport can take the PATH or New Jersey Transit to Newark Pennsylvania Station and then switch to another NJ Transit train to get to the airport. Then there is an AirTrain that connects the airport train station to the terminals, just like at John F. Kennedy International Airport.

“The Port is pretty well along in their environmental assessment and [negotiating] their right of way issues with Amtrak and others,” Lappin said. “Now that they’re redoing the AirTrain to Newark … That is its own discrete project, but rather than competing for capital dollars, it makes sense to do them both together.”

The rail link to Newark has also been floated since the early 2000s, according to Rudin.

“Right after 9/11, [then-Deputy Mayor] John Zuccotti convened a large group of stakeholders” to discuss how to revive Downtown, Rudin explained. “Connecting JFK to Downtown was too expensive, but connecting to Newark was feasible.”

The newest version of Port’s plan includes a stop in downtown Newark, which would help create jobs and economic activity there, said Lappin.

Clark also said that the city should prioritize funding the Downtown Alliance’s plan to improve the tourist and pedestrian experience around the New York Stock Exchange building at Wall and Broad Streets.

“If a tourist wants to go see Wall Street, the financial crossroads of the world, they go there and just, ugh,” Clark said. “That needs to be addressed and the money needs to be raised to implement that plan.”

The plan, which was released in May 2018, calls for creating curb-less streets on Broad Street, creating more sidewalk space on New Street, adding lighting to dark alleys like New Street and Exchange Place, adding seating and plantings along Broad Street and removing some of the unsightly security measures installed in front of the Stock Exchange building.

He added that the city needs to push for the state legislature to extend the tax incentives that draw tenants to the Financial District, which include the commercial rent tax and the Relocation Employment Assistance Program (REAP). The tax breaks are set to sunset over the next 12 months, Clark said.

Aside from transit, David Falk, the president of the tri-state region at Newmark Knight Frank, pointed out that the Financial District still offers a much better value on office space than Midtown South or Midtown. His team at NKF represented accounting firm Friedman LLP that looked at space on Lexington Avenue for $63 a square foot. “And they said, you know what, we could be right on the subway. So then we looked at One Liberty, and they said, ‘Why would I spend $10 more a square foot more plus the incentive package to go into Midtown? And none of our competitors are down here.’”

Pariser, who is developing Essex Crossing with several other investors and developers, argued that smaller, more boutique buildings were the way to go these days in the Lower Manhattan submarkets.

“It used to be if you were in the finance business, you had to be between 57th and 63rd Streets, and you went to lunch at Barney’s,” he said. “Now a lot of people live Downtown, in the West Village and Flatiron … You’re seeing a proliferation of boutique tenants that would rather be in those areas [like the Lower East Side and Chelsea].”

The panel also touched briefly on WeWork, which saw its CEO Adam Neumann step down a few hours later and is preparing for a controversial IPO.

“I don’t think we know what’s gonna happen with WeWork,” said Mosler. “The business itself provides an important service to major corporations. The issues that are going on will get worked out. No matter what occurs … it is a viable business, and I think it continues to grow because of the demand we’ve seen from corporate America.”